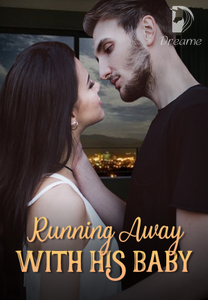 Running Away with His Baby

"William, you are back." Lily stretched out her hands, trying to put the suit jacket away for her husband as usual.

"Aargh!" Unexpected, Lily was pushed against the door by William. And the dress on her was torn apart by him in a blink of an eye. He stretched out his long arms, grabbed her slender legs and made them wrap around his muscular waist. At the same time, he was kissing her deeply. William seldom acted so eager as today. Lily was surprised but also happy. It was so romantic and sweet. Her husband wanted her so badly.

He grabbed her waist tightly, pulling her closer and closer to meet his sharp thrusts. Lily couldn't help moaning while clenching his arms as his thrusts were so powerful and overwhelming. Her heart was thumping, eyelids matching her heart rate, shivers running down her spine. He was too... wild today like there was no tomorrow...

Lily always thought herself one of those most ordinary girl.

When she married a billionaire called William, everyone thought that she must be God's favoured one. William treated her like a princess in the first year of their marriage. Thus, she couldn't help falling in love with him.

However, their so called happy marriage turned out to be a cruel deception. They got divorced on the day when William indifferently told her that he was in love with someone else. All the time!

After going through a particularly tough time, Lily was finally going to start her life anew, marrying someone special. However, William showed up and stopped her from remarrying, "Did I give you permission to marry someone else?"