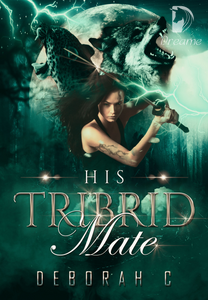 Alpha Channing Parker is Alpha of Dark Moon Wolf pack, the largest pack in New York. At the age of 26, he still has not found his mate. His reputation as a player has already taken its place in the werewolf world. He goes to the Mating Ball every year in hope of finding his mate. And every year upon not finding her, he never leaves the ball alone. That is until Harmonee Knight, a unique Tribrid- vampire, werewolf, and black panther attends the ball. And then she is the first one to run as soon as he tells her his name.

His reputation as a womanizer was not hidden from her as well, after all. The acceptance is hard, and her decision of returning or not to him is even more conflicting. When she returns, will they be happy? On the other hand, Channing has two battles to fight. The first one is to bring back the one that he has been waiting for desperately for all these years, and the other one is to save his pack from the King of Rogues.

Rising Stars is the promised land for readers to find the rising quality free books. When you find good free stories, also remember to invite your friends to join.