Faith and Hope are twin sisters among their quadruplet siblings. But they are not normal at all. They are hybrid queens, hidden among humans along with their twin brothers. Although all supernaturals are now living peacefully together, there are some of them who are against the thought of unity. They are called Dark moon followers and their leader is the Dark Alpha. Supernaturals are instructed to stay away from the dark moon followers by the supernatural queen or their mother. But on their 16th birthday, they found out that they are mated to a dark alpha.

Now what will they do? Will they accept the scarred boy as their mate, or will they reject him? What if it becomes the other way around and they become the one to be rejected? What if the dark alpha creates a wall between those two sisters and makes them separate? What plans does their future hold for these twin sisters and their dark alpha mate?

My Ex- Best Friend Is Now A Bad Boy? 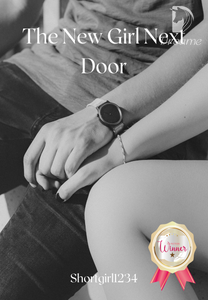 The New Girl Next Door