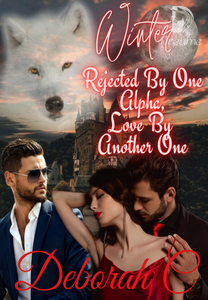 Winter Rejected By One Alpha Love By Another One

Winter Firewalker will be eighteen and the Queen of all werewolves in five months. Winter wanted to spend those months away from the palace, so she decides to take a communication class at the university. That's where she met eighteen-year-old Alpha Nicholas Forrester of the Goldtooth Manes pack. When he realized she was his mate, he and his wolf wanted to be close to her. He and Winter started dating.

Then on her eighteenth birthday, he rejected her.

Not long after Nicholas rejected Winter, she meets a childhood friend- Alpha Shane Atinkson. He's the Alpha of the Bravecrest Shadows pack. Shane has been in love with Winter ever since they were kids. Now that her mate has rejected her he vows to win her heart and to never let her go. But when Nicholas walks back into her life, and Shane's vow of keeping her heart forever, who will Winter choose?