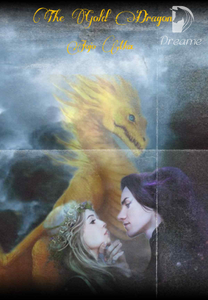 Eighteen years have passed since the Great War in Dragon Land where the Red Dragon saved all from the gloom of Seraphina, the dark witch. King Dominic and Queen Charlotte of the Dragons have rules side by side and created a peaceful world for all, as well as their beautiful daughter, but a growing fear lives in their hearts, for on their little princesses tenth birthday, she shifted into the Gold Dragon; The giver of light. There is an impending gloom that hovers over all the lands and for some reason, the Darkness has been consuming more magical day by day. Almost as if attracted to it, creatures of all kinds have been disappearing into the Dark Land, never to be seen again. What could this mean for all and how will her rare dragon play a role in the future?

Amber is known across all the lands as being true, pure and beautiful. She is the Princess of Dragons, but also the all-powerful golden dragon of the myths. Despite this burden, she grows up much like every other young magical and even falls in love deeply with her childhood friend, Dean, who is a training warrior under his parents, Simon and Lacy. On her eighteenth birthday, Amber finds herself in a painful predicament when she comes to realize that her deepest wishes to be fated to her long-term boyfriend is not the case. In her heartbreak, she flees Dragon Land and flies across the snow-capped mountains until she sees the dark curtain that is sucking in so many creatures; The Dark Land. Upon landing at the border, she feels the pull that she so hoped she would with Dean, but this pull is for the large, black and tall figure hovering in the rot of the darkness. Her eyes widen as she comes to realize that she is mated to the keeper of Dark Land, the demon that every magical fear the most and the King of the dying; Lord Kylo.

Join Amber on her journey into figuring out the powers of her dragon, as well as how she may navigate the burden of being mated to the King of Darkness himself. Will Amber be able to pull him out of the rotten abys? Why are people being pulled more and more into the Darkness? What of Dean, who is also in love with Amber?

It is advisable to read "The Red Dragon" first, as the characters and storylines may make more sense, however, both books can be read as a standalone if you want.