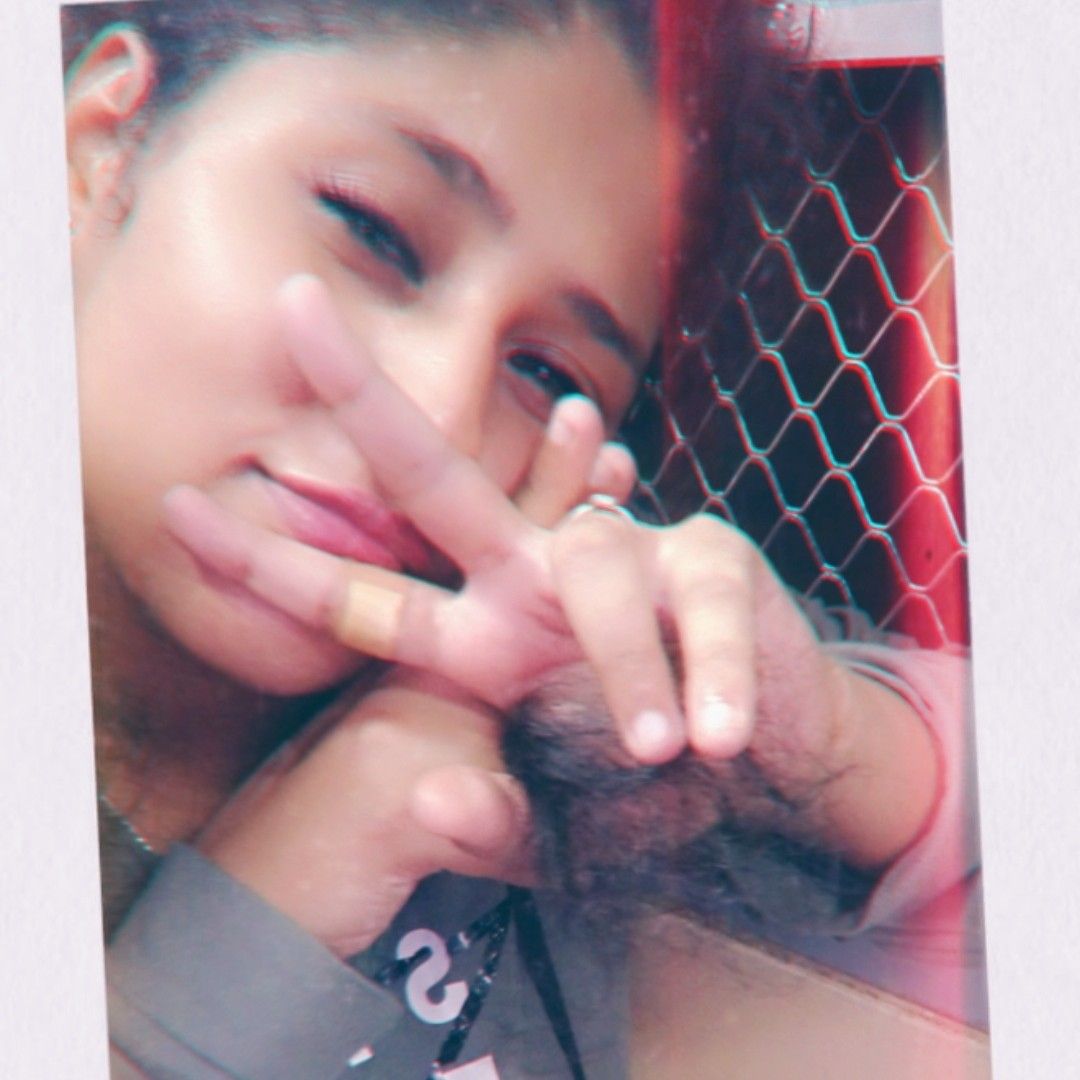 I've been attracted by the notion of putting down my thoughts in such a way that they become relatable to everyone that reads. I am fond of a variety of things like- reading, singing, cooking and what not. But I find a different me, a better version, when I am writing all that I feel. I find myself in the pages of the notes that I write in the middle of the night, struck by a random idea.
MORE

I've been attracted by the notion of putting down my thoughts in such a way that they become relatable to everyone that reads. I am fond of a variety of things like- reading, singing, cooking and what not. But I find a different me, a better version, when I am writing all that I feel. I find myself in the pages of the notes that I write in the middle of the night, struck by a random idea.
FOLLOWERS
No follower
FOLLOWING
You are not following any writers yet.
More

After her parents' death, Isabella has been the sole provider for her five siblings, and a parent to the youngest ones—the two-year old triplets Winston, Lucas and Theodore. They call her Mommy. Ever since they opened their eyes, they've known her to be their mother, and no one else. Isabella has hoped to find her soulmate soon, and her wishes to meet the perfect male come true when she finds a certain Alpha growling at her for hurting his pack member on his first day at college. The fun fact? He isn't perfect. Alpha Mason has dreams about his Luna, about the woman who would rule beside him, but things go awry when he discovers that his mate has three sons who call her Mommy? What would happen when the trust between these mates is twisted into a knot? Would the spitfire female accept her judgmental mate or would the Alpha end up being the unwanted mate? *Disclaimer* This Book contains -strong language -scenes of a mature/explicit/s****l nature -plots that some readers may find disturbing. (strong Bloody Violence, Black Magic, etc) The opinions expressed in this book, do not necessarily reflect the views of the Author. *Author's Note* This book is a work of fiction. Names, characters, places and incidents are products of the Author's imagination or are used fictitiously. Any resemblance to actual events or locales or persons, living or dead, is entirely coincidental. Copyright 2020 © Kainaat Khateeb All rights reserved, including the right to reproduce this book or portions thereof in any form whatsoever.

She is the ONE

Lillian Donovan, CEO of Donovan Inc., had everything anyone her age could ask for. A loving family, two best friends, a luxurious life, a degree in Business Management, and a company to run. Yet, she still felt something was missing, something she craved. That being LOVE. It isn't that she was ugly or dumb, due to which she couldn't find love; NO! it was more like she hadn't felt that pull towards anyone to date. Men would ask her out on dates, but her answer was always the same. "I'm sorry, but I'm trapped with loads of work; I will catch up some other time." Those men would stop asking her after she ignored them quite a few times. But none of them knew the reason behind her avoidance; no one except her best friends and her late cousin. She was living a secretive life. Wondering that if her secret did come out, her father might disown her. And that was something that scared the living daylights out of her. She loved her father a lot, and she still does, but now she was keeping a secret from him. This was new since they shared a bond like that between friends. But it all changed when she heard his friend saying how ashamed he would feel if his child wasn't normal. And the worst part was, she didn't hear her father denying it. "NORMAL!" she thought to herself. A stupid label was put up on people like her. She wondered what was so abnormal about her? to be frank, Nothing! She was pretty, smart, and ambitious, like any person who dreamt of achieving their dreams. A person, her father was proud of. Yet, there was one thing that she thought would make her father hate her. It would make him forget all the things that made him proud. That was one thing that terrified her to no end, one thing she couldn't say out loud that she felt those giddy things for WOMEN. That was until she met Valentina Bancroft, the woman who made her feel things with only her presence. The aura that enveloped her screamed power and portrayed dominancy. And when she used to look at Lily, her eyes displayed a weird quench of thirst for her. But how could love happen when Lily was going to marry Valentina's younger brother? How will Lily get out of this mess? What will Valentina do to get her to open up before fate succeeds in playing a twisted game with them? Will Lily marry the guy her parents choose for her, or will she fight for the one she loves?

Elijah Adler. Even after being born into a rich and prestigious family, he had to work hard day and night to set up his own empire. With a disability at hand, that could not be treated, he built an empire only to make sure that he is able to fulfil every wish and command of his baby sister and his maternal grandparents, as these three were his only family. Them and his idiotic bestfriend Ethan. He never had a girlfriend, and nor was he interested in having a fling. He owns a chain of restaurants all over America and a construction business that he runs in partnership with his best friend. All that mattered to him was his family, his work and his position of being called the richest man in America. He was content with what he had and wasn\'t looking for anything at this moment. Sofia Rodriguez. Being the only child to her parents and an only girl child in the entire family (maternal and paternal) she has always been the favourite kid. Being the one who is showered with love and spoilt with gifts; she has never faced a bad day in her entire life. She grew up in a joint family; having two sets of grandparents, an uncle, an aunt, two crazy-ass cousin brothers and her parents, like one big happy family. Even after having a huge family, for her it did not end here; there are two more people whom she calls family, that being her best friends; Matilda and Leonardo. She basically grew up with them, so they are more like siblings to her and a part of her crazy Spanish family. She was never forced into joining their family business like other rich kids and that is exactly why she studied literature and chose to be a teacher. She was happy with where life was going; all that she felt was missing; was her one true love. She never dated anyone, being a literature nerd, she believed in happily ever afters and that was what she was eagerly waiting for. Both of them were total opposites. Their Life, their career, their roots, even their wishes. What would happen when Destiny plays a cruel game and puts them together through the ties of holy matrimony? Would they accept each other for what they are or is this a recipe for disaster? A disabled, cold-hearted man and a beautiful kind-hearted woman, is love even possible between these two? Read "His SALVATION" to find out.

Abigail, is not your normal girl. Normalcy left her life when her mother accused her of sleeping with her own father, and her life was turned for the worse. With her parents being divorced when she was only 14, she's been dealing with life like no other teenager has. The court notice binded her to stay with her mother, who threw insults her way every chance she got, calling her names that no parent is supposed to call their child, abusing her mentally and physically. Abigail has turned out to be the bad girl, drinking/smoking as well as getting into fights/vandalizing properties is her way of dealing with her problems. Now that she is seventeen, she is a good student, plays football, is member of a few clubs in school and plans to get as far away for college as possible with the help of the same. Just like every other plan, her plan too had a few rules; which are supposed to help her so that she can make it into college without any problem, live her life the way she wants & to not end up like her parents. There are FIVE rules to be exact, which she followed without any problem until now. Her world turns upside down, when a new boy named Noah enters her school—more like in her life. Noah is said to be the best of both worlds; a mixture of a nerd and a jock packed in together, he is as good at grades as her and plays soccer—much to her dislike, has a loving family & believes in love more than anything. What happens when she catches the eye of school's new golden boy? The last thing she needed was a distraction, much less a stubborn one. And definitely not COMPETITION.