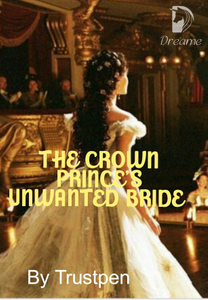 "I am in love with another woman, but it is my responsibility to follow the laws of the kingdom as the next king. Starlight opened her mouth, but only gasp escaped her.

Alexandre paused for a moment thinking of how to unfold the plan he has come up with, which is to stay married with her for a few months and divorce her later to marry who he loves. But would that happen?

Since her life has been scripted by the deities, Starlight has no choice but to become the wife of the crown prince. Getting married is the beginning of the end for her.

The Crown Prince's heart belongs to someone else. But would he with time learn to love his bride? These unwanted marriages could become something wanted!

Beyond beating hearts, scheming plots and a destiny planned by the deities is an exciting tale that discovers the crossroads where hearts meets crowns.

Stay tuned as I begin this novel titled, The Crown Prince's Unwanted Bride.

Take note that places, characters, names are all suggested.