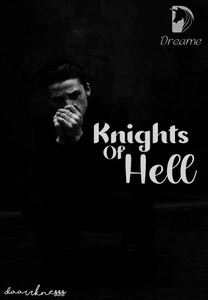 The earth had been split down the middle twenty-five years ago, leading demons to crawl out of hell. Well, that’s what the humans believed.

The Knights of Hell were trying to save their side of the Earth from their siblings, the Seven Deadly Sins who had escaped from their 'prison' in the void.

To make matters more complicated, Azure, the unspoken ruler leader of the Knights has his own personal troubles, with his best friend Kai, who he happens to be in love with, who also happens to be a priest. Azure's son, Mint and his friend. And said friend, Church is more than what he seems to be. Not to mention, the other knights, Nether, Feather, Yua, Cedar and Ocean who also have their own struggles happening.

They begin finding the seven and when secrets are revealed, not everyone Azure thought could be trusted, can be trusted.

As more secrets are revealed and more people come into play, Azure begins to wonder one crucial thing, will he be able to survive whatever is happening?