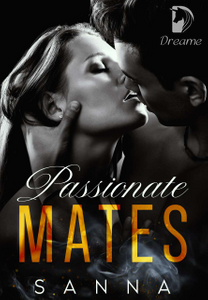 Can be considered manipulative and dark by some readers.

Kira, an innocent and protected girl.

Kira and Jax meet, and their attraction is undeniable. But they aren't what the other one had expected in a mate. They are jealous and hot-headed, and they have to work around each other's mistakes to stay connected. How powerful is the will to forgive and forget?

They soon learn that Kira has issues controlling her emotions, and she puts other people in danger. This also puts a strain on their relationship. She continuously strives to be the mate, and Luna Jax wants her to be, but at what cost?

"You are mine. You became mine the moment we met, and you will never belong to any other but me," he said, taking slow steps towards me. I eyed him, unsure about him closing the distance between us. My wolf liked that he said we were his, and got a little excited. Her feelings were mixing with mine, and I had to work hard to separate them.

"And I do expect you never to touch another male again. You're made solely for me, and I expect you to act thereafter," he said menacing, still coming closer. He was angry but calm, and I've heard that's the worst kind of anger. I backed up a bit, but he soon followed, and suddenly he closed the distance between us. He grabbed my neck just below my jaw, so I automatically had to tilt my head up to breathe. I flared my nostrils, not sure of what he would do.

Wanna chat with me?