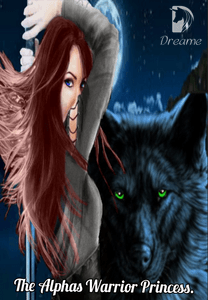 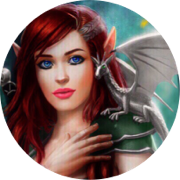 At seventeen years of age April Raine Storm was an honor student going into her senior year of school and well on her way to living "the good life". She was an award winning dancer, gymnast, and a world renowned champion in the art of MMO fighting. What she wasn't was particularly popular. She was actually a quiet girl with a quick wit and a smarta** attitude who liked to read and mostly keep to herself. The reason for that was because she had a secret she has kept all her life. One that haunted her dreams and at times made her life a living h*ll. But all that would change when her parents decided to move her back to her Mom and Dad's hometown. There she would meet him. Alexander Maxim Moon.

Alexander was the future Alpha of the Diamond Lake Pack in Wolf County, PA. A small town in upstate Pennsylvania where everyone pretty much knew everyone else. He was a good guy, a strong leader, well liked, and an honor student in school. His only issue was that he was, like many young Alpha's, a bit of a man-wh**e. So when he agrees to help his Father with the move-in of his Father's best friend from childhood his world is turned upside-down to find the friend has a beautiful daughter he can't wait to hook-up with. Only she doesn't seem to notice him. At least at first.

When the two do come together both their worlds come crashing down around them. It's up to them, their friends, and their families to put it all back together again. Can they? Will they? And if they do will anything be the same for either of them?