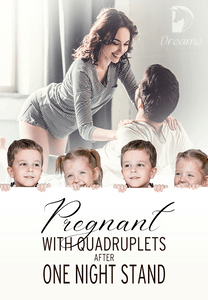 Pregnant with Quadruplets After One Night Stand 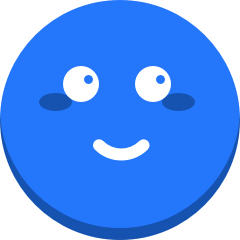 "So… You will be my lover tonight?" Lola pushed the man onto the bed as she climbed on it afterwards.

Chase narrowed his eyes dangerously, trying to contain his ragged breath, "You're sure you wanna do this?"

Lola chuckled drunkenly, "Why not honey, I paid you to do this."

She then pressed her red and soft lips on his, thrusting her fingers into his hair, tugging at it gently. She began to kiss him.

"Aargh..." Chase couldn't help but let out a sexy moan.

She gave him a satisfactory smile, whispering, "Why don't you put your hands on me, hottie?" But Chase just stared at her with his reddened eyes.

Chase was irritated. He shifted their positions instantly, pinning the woman under him, "We'll find out the answer very soon."

"Aargh!" Lola's clothes were then torn apart by the firm and muscular man.

Lola got pregnant with quadruplets after one night stand with a gigolo. But that man was the well-known and powerful CEO, Chase Dalton?! The man said he would pay her back A HUNDRED TIMES on the interview, which nearly scared her to death. Lora had no choice but to fake her death to leave the country. She also left one of the babies to Chase Dalton.

Four years later, Lola became a famous doctor. She came back to the country to save a patient. But she didn't expect that patient was her son! Re-encountering Chase Dalton, Lola hid her true identity and became their home doctor. However, she found out that Chase Dalton was her first love, and he had loved her for all those years...