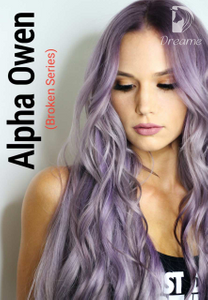 Erika is a 20 years old rejected mate. The day her mate rejects her after mating, using her he throws her in the woods thinking she would die due to the pain of the rejection. But when she arrives back home she discovers a far more brutal pain, the body of her dead sister lying in front of her house. Emma, her elder sister had vanished two years ago without a trace to only reappear now, but she was not alone she brought a surprise with her. When Erika found Emma there was a one-year-old baby beside her, her son. Elaine’s father accused both of his daughters of being defective wolves as Erika was rejected by her mate and Emma disappeared only to reappear on his doorstep dead with a baby whose father was unknown. Her father refuses to accept the baby, promptly kicking both Erika and the infant out of his home. She decides to leave her pack with her sister’s baby. When she decides to take the responsibility of raising her sister’s son, an alpha from the largest pack in the country and happens to be a billionaire appears claiming that the child is his.

Erika is not ready to give her sister’s baby to the monster Alpha Owen Browns. Absolutely broken after the rejection, Erika had found a new reason to continue her living, but Alpha Owens’s arrival changed her life yet again. Neither of them were ready to give up the baby. Will this baby bring them together, or are they already made for each other? Are they two broken souls or two broken mates?