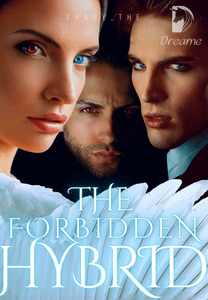 Growing up like a normal human who had everything she desired Esme never expected anything to go wrong, but then she realized you don't always get what you want.

After losing her mother and filled with the thirst for revenge, Esme has no other goal but to end the seven; a group of demons responsible for her mothers death with the help of Kyle, who was not only the new hot guy who turned heads but also a vampire who was to protect her as the angel-demon hybrid.

Now with the two of them on this dangerous journey, would Esme allow her plan for revenge blind her from a budding romantic relationship with Kyle knight?

"You should stop being stubborn." He hissed back taking a step closer to where she was.

"Then stop being a douche." She fired, ignoring how much of her personal space he was invading.

"I'm being a douche?" he chuckled running his hands through his already messed up hair.

"A douche that saved your life a couple of times." he snorted.

"Whatever... Just stop doing all of this?" she waved her hands around her head.

"Why?" he countered trapping her between his body and the door. He saw her throat bob in nervousness and her teeth sinking in her lips.

"Do I make you nervous, Esmeralda?" he leaned down to her ears.

"Oh? Is that so?" his laughter rumbled through her body sending several signals all over.

"Then you wouldn't be bothered if I did this." he lips descended on her throat.