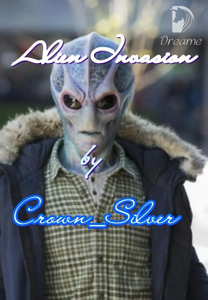 What will Humans do when the aliens invades the world?

When the battle between Aliens and Human was hard, and people had no choice but to fight and defend the earth from these perpetrators. Soldiers couldn't do anything and the whole world became a chaos.

That was when some young kids discovered their Super Genes and became Superhumans. And they helped in defeating the aliens.