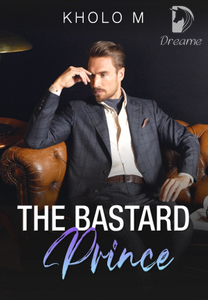 Enter the world of royalty: The story will revolve around three families: The royal house of King Stefan, The Duke of Marinne and the royal family of Killengly Isles.

But the story begins here: In The kingdom of Kantarina:

It is a well-known fact that King Stefan of Kantarina kept slaves in his dungeon for his pleasure. He kept them in chains and they lived like dogs in squalor and misery.

He sired many sons with his slaves, many of which he killed accept one.

“I see one of your slave w****s is pregnant with your child,” his most trusted oracle told him. The throne room was a splendour to behold. As much as he was evil, and a tyrant of a ruler. King Stefan’s wealth was known far and wide.

Stefan stared at her an evil snarl pulling at his mouth. “They’ll feed his body to my hounds. Now, tell me about my heir. Will he be strong as his father?” he asked smoothing his meaty hand over his queen’s belly. She was nine months pregnant and ready to pop.

The oracle turned to the queen. “He’ll be strong, stronger than a thousand men.”

King Stefan stood up clapping his hands. “He’s the son of a king. I’ll have nothing less.”

“And your other son,” the oracle spoke again.

“What about him? He’ll die the minute he screams his lungs out for the first time. Don’t worry about him,” he said dropping into his gold throne as if he wasn’t talking about killing his son.

“You can’t kill him. He is the protector of your kingdom. Without him your kingdom will fall,” she said her voice echoing around the room sending chills down everyone’s spine.

“If he is not born with a crescent moon birthmark on his hip, you can throw me off the battlements and leave me for the crows,” she said turning to walk out of the room. Her attendants rushed behind her.

“Come back here you evil witch!!!” King Stefan shouted, but she kept walking.

Karic is born - The bastard Prince.