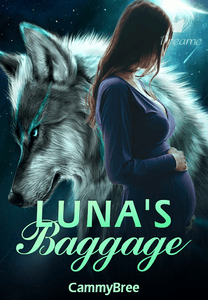 "Alpha! Humans in the territory!" a breathless Beta let out immediately upon entry into the Alpha's office. "Alpha the full moon is in two days! We can't have humans within the pack borders! Its too dangerous!"

Yes humans had somehow made their way into wolf territory during the worst possible time of the month! The full moon, the uncontrollable shifts, the bloodlust.

"Can you smell that?" I asked my beta via pack link, snout raised up in the air. I had left all my work to check on the humans who had wandered into my pack before anything happened to them.

"MATE!" my wolf growled out, the one word I had been waiting for him to say, for years but before I could feel the joy of finding mate, she enters my line of vision dragging two kids with her and a third tied to her back!

Will Alpha Asher be able to accept his Luna even though she comes with baggage?