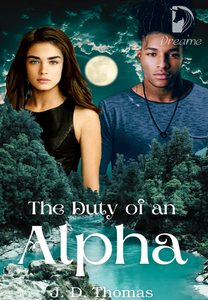 SEQUEL to The Strength Of A Luna

“Arden…” Roman called out, his voice sounded strangled, but so smooth at the same time.

I untangled myself from the other two, hoping to get a huge hug from my best friend, but the second they released me, I was overwhelmed with the strongest smell. I couldn’t even describe what the scent was, but it made me feel like I was sitting on a porch watching a summer sunset.

I turned to face Roman, and saw him standing still as a statue right next to his car, his face a mixture of horror and fear.

"MATE!!" Fae screamed in my head. "Jaxon and Roman are our second chance!"

I could feel her excitement, but I couldn’t move. Roman and I stood there staring at each other for what felt like forever, both not sure how to proceed.

I knew his emotions were from never thinking he would have another mate, and fear of losing another mate the way he lost Alice. There was nothing wrong with his hesitation, but I couldn’t figure out where mine was coming from. Roman was my best friend, and I had easily shared everything with him, but I was frozen.

Arden wasn't expecting to ever find a second chance mate, especially in her best friend, Roman.

But having just taken over as Alpha of her pack, what were their options?

What happens when two Alpha's are second-chance Mates? How do they decide what to put first; Their happiness, or Their Packs?