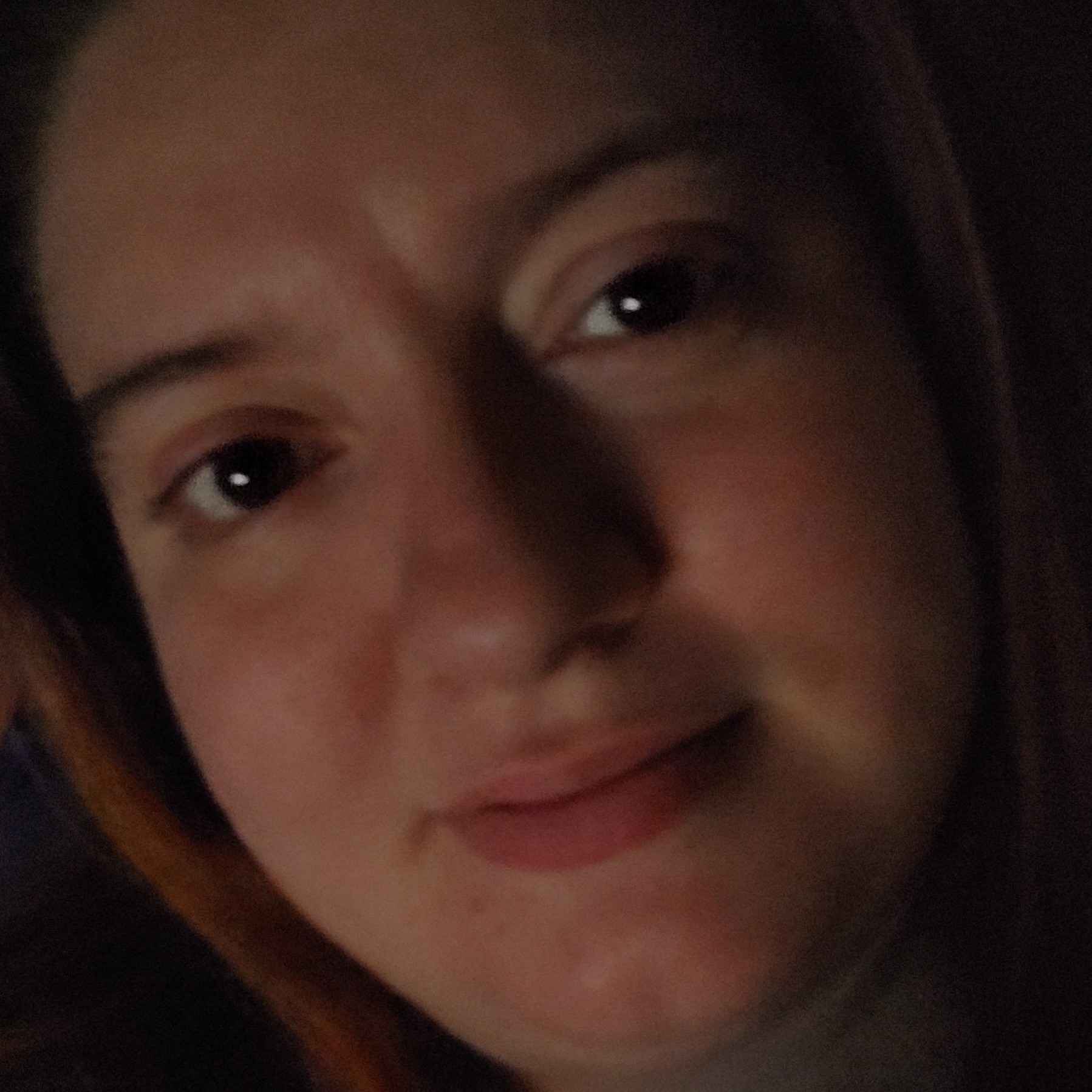 YOUR THOUGHTS CAN CAUSE YOU MORE DIFFICULTY THAN ANYTHING ELSE I CAN THINK OF. WRITING THEM DOWN TO CREATE A STORY ALL YOUR OWN IS AN AMAZING FEAT, ONE THAT SHOULD NEVER GO UNNOTICED. STAY CREATIVE FRIENDS. MUCH LOVE, J. L. TAVARES
MORE

YOUR THOUGHTS CAN CAUSE YOU MORE DIFFICULTY THAN ANYTHING ELSE I CAN THINK OF. WRITING THEM DOWN TO CREATE A STORY ALL YOUR OWN IS AN AMAZING FEAT, ONE THAT SHOULD NEVER GO UNNOTICED. STAY CREATIVE FRIENDS. MUCH LOVE, J. L. TAVARES
FOLLOWERS
No follower
FOLLOWING
You are not following any writers yet.
More

HER COP. HER LAWYER. WHO WILL SHE CHOOSE?

Freedom Americas Abraham is twenty-one years old and lives in California. She\'s in college studying to become a teacher. Her mother volunteered to her to go to Georgia to help her ailing aunt. She protests up until the time she leaves. Freedom and her family are werewolves that live among people. Her aunt out in Georgia is no different. Freedom learns quickly about her aunt(her mom\'s sister). She has regrets of not getting to know more of her family. Her aunt pays her for taking care of her and is paying for her to finish her schooling. Her aunt has three sons, but they refuse to have anything to do with her. Of course Freedom is curious, but she doesn\'t want to overstep. What she doesn\'t know, is that her aunt is hiding a secret. One the entire family has kept. Just a few months in, Freedom meets her mate, Sebastian Moorrisson. It\'s something she\'s wanted, just not this early in her young life. He\'s older, but that\'s not what scares her. She\'s just not ready. After he tells her about his past, her mind is changed. She wants to be the good in his life. For a month, she is. Freedom finds out that her aunt owns an entire abandoned town, that some lawyer wants to buy. She confronts her aunt about it. That\'s when she learns the town is haunted by the murdered souls that remain stuck, and they are angry. Just hearing the name of the town, there\'s a connection that\'s made inside of her. There\'s an urge to go there, to be there. She\'s connected to it, but doesn\'t know how. Convincing her aunt not to sell until she looks at was easier than she thought it would be. Freedom wants this lawyer to know the answer is and will always be \'NO\'. She\'s in for the surprise of her life when she comes face to face with another mate. As anyone would be, she\'s confused. Sebastian is her mate, this is a mistake. Saying what she needs to she leaves in a hurry. This can\'t be happening to her, it\'s a mistake. She was pulled over for speeding, but can you blame her? It was her cop mate, Sebastian. She told him she had another mate. His past was in his mind front and center. Without letting her explain he leaves her on the side of the road, just a heap of a mess. She begins experienceing full body pain and no one can figure it out, therefore no one can help her. Three months later, she\'s told she\'s pregnant. After giving up trying to contact Sebastian, she was reluctant to try again. Things are going pretty good for Freedom, that is until Sebastian shows up to confront her. Her life begins to go downhill fast after that. Joey Wilding, the attorney and her other mate, is summoned by her aunt to help. Freedom wants Sebastian, her first love, father of her child. Will that happen? Or will she be able to accept Joey and move on with him?

This is a collection of stories I had written a long time ago. If you are looking for a short story that is mainly sexual, this collection is for you. I don't like when it's just sex. I add some substance before allowing my characters to screw like dogs. All my stories vary. I have boss and employee, teacher and student, non-related silbings, one night stands. I continue to write when things come to me. If these stories get you in the mood, than I will consider this collection a job well done. Happy reading.

The Fated Prophecy II: Will the Prophecy Be Fulfilled?

The fate of the werewolves hangs on the decision of Isaac Brown. He gave his live to protect a child said to hold substantial power. She will be needed to save the werewolves. She has turned eighteen, as the prophecy states she will find her mate. She has, but she has not seen him yet. Only caught his scent. Her mate knows the prophecy child is his mate. With him looking after her for eighteen years, he's not comfortable with the Moon Goddess mating him with her. He doesn't realize if he makes the wrong decision he will doom all werewolves. Can he accept his mate? Will he overcome his fears? Will she forgive him for hiding information about her biological family? Will she accept him after she learns the truth? With free will, can the prophecy actually come true?

The bloodline is told to be extinct with the death of the one and only female born. Males are still being born, but do not carry the magic. Will another female be created to begin the prophecy? There are many versions of this prophecy. Most of the books say this female will bare a son. Saying he will be powerful, even more so than his ancestors. What if she were to have a daughter? One man will vow to steal her, mark her, mate with her and use her to bare his pups when she is eighteen like the prophecy states it should happen. He believes those actions will give him the power he has always wanted. With others helping to try and steal the child, the Alpha and Luna have no choice to hide her. This child will grow up in the human world, not knowing what she is until her shift at sixteen. The child wonders about the dreams she has. Another family? What about the wolves? Who are Callie and Harvey? Who gave her the teddy bear? It was left with her when I was found at the fire station. It had her name on it Celeste Heaven. That's my name. She wonders who named her? A relative? She doesn't know her given last name, but her adopted last name is Keene. Will she ever meet my birth parents? Ask them why they left her the way they did? Did they even love her? She has a feeling that there is more, she is meant for more. She has an eidetic memory and too smart for her own good sometimes. Her adoptive parents call it ambition. There is a big piece of her that is missing, she wonders if she will ever find out? What happens when she finds out what she really is? Will she accept it? Will she be alone when it all happens? And what will happen when the man she falls for as teenager finds out they are destined mates? Will he accept her? All things must align if the power she holds is to be released within her. But, with free will can Celeste and her destined mate be able to fulfill the requirements they will know nothing about?

QUICKLY HUMBLED - THE RISE AND FALL OF A BILLIONAIRE

Ramesses Montgomery grew up in a city that wasn't on the map for anything spectacular. His young life was one filled with chaos. His parents were drug addicts and didn't care much about him and his two younger siblings. He was pulled from school and never graduated. Yet, he managed to rise up and prove everyone wrong. His high school sweetheart was right there by his side on his come up. She would be his downfall. Losing everything and having to fight against the system was never something he dreamed of. What has his life come to? How could the woman he loved do this to them? Walking away like the kids they made together meant nothing. Her life wasn't much better, she did this and blames him. Questions from the past are requiring answers. Will he be willing to answer them? The truth is always a hard pill to swallow. This is the story of a man that became quickly humbled. #DREAME WRITING MARATHON--LOVE STORY CONTEST

What happens when everyone thinks you are the perfect family? Being highly respected and feared tends to get you what you want. What if what you want is taboo? Accidents happen right? Taking advantage is what we do, what we crave. My family takes what they want. How far will it go once the wrong things are taken? Join along while I introduce you to my perfect family.

The Contract Marriages Of Hell's Reject

Aristotle Dax McFalls was the creation between Azazel and Lilith. A creation that was kept a secret. From a young age Aristotle destroyed everything he touched. He was the definition of evil incarnate. He put his father and Satan to shame. Aristotle was too much for the underworld to handle. He was rejected as a leader, causing him to be cast out of HELL completely. Having no choice, Lilith did the only thing she knew how. She wiped her son's memory and sent him above ground to live his life. What happens if or when his memories return? Will he take revenge on those that wronged him? His life is surrounded by unanswered questions and speculations. Maybe he will live a normal life

Ever since Evie was a little girl, she had a wild imagination. At least her parents thought so. Her 'nightmares' were something her parents refused to acknowledge, leaving her terrified at nights. After her parent's divorced, her father and her moved into a new house. It needs a lot of work and she was looking forward to helping her dad make it their own. Her nightmares have seemed to cease and for the first time in her life she learned what a good night's sleep felt like. When her dad unexpectedly passes away things start happening to her once again. Can she figure out what's happening to her before she's driven mad?