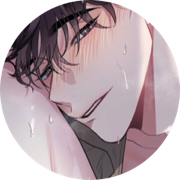 I’m a fantasy story writer??♏️♏️. If you enjoy my books, please support me by adding it to your library, you can follow me too. Ps, I have a fan page on Facebook @selene novels fan page
MORE

I’m a fantasy story writer??♏️♏️. If you enjoy my books, please support me by adding it to your library, you can follow me too. Ps, I have a fan page on Facebook @selene novels fan page
FOLLOWERS
No follower
FOLLOWING
You are not following any writers yet.
More

Lyall has known nothing but vengeance since he could remember. Following his parents death, his thirst for vengeance, his uncle's deceit, the woman on the receiving end of that hatred, and a child he never knew he had, he leaves nothing but chaos in his path… until he picks up the pieces after the mess he caused.

A PROMISE OF OLD

"So you're leaving me?" She asks with her teary eyes on him. It physically hurt the boy to look into those pained eyes of hers. "I promise, I will come back for you." He says. Being 3 years older than her, he knows what this feeling in his heart for the girl. "let's promise each other something." He whispers. He wipes her tears away with a forced smile that makes the girl's stomach erupt in butterflies. "When I come back, I want you to marry me," He locks his pinky with hers before looking into those brown eyes of hers. "What is marry?" She asks with a confused smile that makes the boy smile. And he can't help but think that his Zala is very cute. Too cute for her own good. "It means that let's be together forever." He explains simply for her. He knows enough to know that it's not simply about them being together forever. Everything that they are, will be one. And the young boy wants that with his Zala. "Then I want that." She immediately agrees, liking that the boy wants to be with her forever. To her, it meant that they will have every day to play, every day to laugh, every day to hold hands, and every day to sit by this lovely lake. "Even knowing what I am, you will be with me forever?" The boy asks, even tho he knew that she will accept, he is still surprised that she accepted; with him being what he is. The girl vigorously nods her head. Then touches her thumb with his, sealing the promise. One she will hold onto till it is fulfilled. "I will wait for you." She says with childish glee, not knowing the depth of her words or the effects it has on the boy. 15 years later, Zala still waits for him to come and fulfill his oath to her. But her parents are tired of watching the only Princess wither away. Meaning to please her parents and still keep from getting married, she arranges trials for all her suitors in which she plans to make them all fail.. Unbeknownst to her, it will be how Kevoy finally fulfills his promise to her. Follow as they battle through high society and threats to their happily ever after. BOOKS BY ME; The Lycan Prince's Gift -book 1 of prince's of Anon(completed) A mate in two- book 2 of prince's of Anon (completed) Like Eden -book 3 of prince's of Anon (ongoing- updated twice a week) A promise of old(ongoing- daily updated) A dream book. (on hold)

First came the near destruction of their world... Then the salvation of the lost... Through it all, no one seemed to see the pain and despair in King Eldridge. But when his heart has been filled with nothing but contempt and betrayal for his maker, he finds his salvation; drenched in the scent of death and hopelessness. King Eldridge knows not if he is her salvation or she is the source of his liberation. BOOKS BY ME; The Lycan Prince's Gift -book 1 of prince's of Anon(completed) A mate in two- book 2 of prince's of Anon (completed) Like Eden -book 3 of prince's of Anon (ongoing- updated twice a week) A promise of old(ongoing- daily updated) A dream book. (on hold)

It's been so many years since Anon survived its worst calamity. The people battled their own planet, and won. Prince Lucien ventures to earth, and builds a life for himself, lost in the subtle and simple beauty of earth.. Travelling between worlds become his addiction, until one day he loses his only way back home, whiles saving a female. A mafia princess called Athena. Prince Lucien agrees to be her bodyguard and protect her from a rival mafia group, in exchange for her father's help in finding his ring; his way back home. Between his brothers and their mates joining him on earth, fighting Athena's battles for her, and almost being found out by the human government, He struggles with the knowledge that not only is Athena his mate. But Mars, Athena's boyfriend is also his mate. The youngest prince of Anon, after denying that he yearns for the Ying to his Yang, finds a mate not only in one person, but in two people. DISCLAIMER: THIS IS AN MXMXF BOOK. READ AT YOUR OWN RISK. IT CAN BE READ AS A STAND ALONE BOOK PS, PLEASE SUPPORT THIS BOOK WITH YOUR MOON TICKETS. BOOKS BY ME; The Lycan Prince's Gift -book 1 of prince's of Anon(completed) A mate in two- book 2 of prince's of Anon (completed) Like Eden -book 3 of prince's of Anon (ongoing- updated twice a week) A promise of old(ongoing- daily updated) A dream book. (on hold)

COMPLETE ANON. A planet unknown to creatures of the earth, harbour mythical beings of different species, but the dominant ones are the LYCANS. Beings of great strength, agility, speed, immortality have been given the greatest gift of all, the gift of the MATE BOND. The Royal families rule this world. The King and Queen of Zhanton, through their 500 years of leadership gave birth to 3 children. Prince Micca, their first child. Prince Dominique, their second. And Prince Lucian, their last. Now, the second Prince is so closed off that, only a few even know his face, and his gift is unknown to all..... even to the prince himself. But, far from the palace, far from the life of royalty, far from the princes, is a broken, poor, hopeless, and self proclaimed insignificant female. Whose path will cross with a prince in an unforseen circumstance, that will light the whole of Zhanton ablaze. But after 3000 years, history threatens repeating itself in bringing Anon to it's knees. The survival of the supernatural's planet, now depends on an unsuspecting female and her clueless Prince. "I...I didn't have those." I find myself stammering out, feeling the need to explain why my nails have been replaced with talons. " I know you didn't. And, I can't smell a beast in you." He says, directing his questioning gaze at me. " I don't have one.... I'm not a lycan." I state the fact, just so he gets it. " I'm very much aware of that. So, tell me Inanna, if you are not a lycan or a fae or a werewolf, then what are you?" He asks the same question I've been asking myself since my eyes began to glow. BOOKS BY ME; The Lycan Prince's Gift -book 1 of prince's of Anon(completed) A mate in two- book 2 of prince's of Anon (completed) Like Eden -book 3 of prince's of Anon (on hold) A promise of old(ongoing- daily updated) A dream book. (on hold) You had your chance. (complete)

ON HOLD For years, the first born of every generation of Anderson has been trained from age 5 to be cold and unfeeling, loving only one thing....sleep. They are given the responsibility of taking on the weight of the wealth and prosperity of the family. They learn to love sleep above everything and everyone, and in so doing are able to use the magic of The dream book. The downside is that the bigger the wish, the more days they loose sleep. Luke and Jasmine, a couple who knows nothing about this magical item is gifted with it by circumstance. A book that has the ability to bring art to life, but for a price. But, unbeknownst to them, the book has been a family heirloom of the richest family. And they want it back now!! **************************** After eating and cleaning up the place a bit, Jasmine descides to have a closer look at her book, she opens it to find ' A FAIR EXCHANGE. ALL THAT'S MINE FOR ALL THAT'S YOURS written in blood red on the first page... but she makes nothing of it.

YOU HAD YOUR CHANCE (BxB) (COMPLETE)

Lenny is a sassy teen in Claymon High, a school full of supernaturals. Ben is the future alpha and Lenny's all-time bully. Unlike the rest of his people, Lenny meets both his first and second chance mate at the same time. One a werewolf, and the other a vampire. How does he differentiate between love and l**t? Who will stay with him forever, his first or his second?