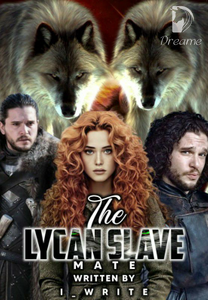 After Brenda loses her parents, in an unfortunate incident, her royalty is thrown to the trash. She becomes a slave to the Alpha of the Rising Moon Pack.

Brenda is determined to avenge her parents' death, but how can she do that as a slave?

When she turns 18, she finds out her mate, Jack is the next alpha of the Red Moon Pack. He was a rude and uncouth womanizer, and even though Brenda is desperate to upgrade her identity, she doesn't want to be a Luna to someone like him.

What happens when Jake decides she is only fit to be his s****l partner and Brenda rejects the proposal.

She has only put herself in more trouble.

What happens when she is paired with another Alpha, the most noble of bloodlines, whom, however doesn't want a mate, but only someone to present to his mother.

Was she going to be rejected a second time? Will the Moon Goddess present her another opportunity? Can she ever avenge her parents' death?

How Cruel is Fate?