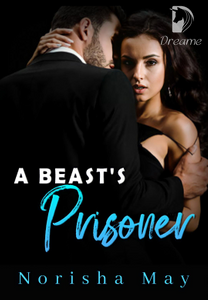 You'd think that having a soul mate would be the one thing a girl would dream of having. Well, I found mine. And he was anything but a dream.

I was ripped from my human normal life and brought into a world of werewolves by a man who claimed me as his mate. He killed my family and left me hopeless. But then, I had my son, Dayton. The only good thing that my mate Hendrix ever gave me. Dayton is now old enough to train as a werewolf, his father, the Alpha of the pack will mold him to be just like him, but I won't let that happen. I won’t let my son be turned into a cold, heartless killer.

And that is what we do. We run... we run but just to fall into the hands of another ruthless Alpha. And not just that but the enemy of my mate. An enemy who would do anything to get his hands on me. Not what I had planned but now I have to find a way to survive him too. Alpha Gage, his name brings a chill to me. His nickname brings me dread, the beast.