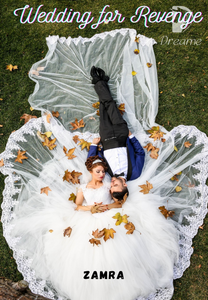 Alinda Walker goes with her mother Alice Walker and brother Toby Walker for the wedding of her mother's friend's son on her eighteenth birthday. At the wedding, the bride runs away leaving the groom alone at the altar. Alinda's mother wanted her to replace the bride and get married to Haydon Taylor.

“Mamma, what you are asking me to do is nothing less than suicide. Just go and try to convince Catherine that it’s common to break a relationship. She should be thankful to God that the girl left her son before the marriage itself. You should see the positive side. That girl could have cheated Catherine’s son even after marriage and that would have been more painful.” Alinda tried to convince her mother.

“Alinda, it’s not about breaking of a relation. The bride ran away making Catherine’s son stand at the altar. All the guests have arrived and it’s about the Taylor family’s reputation. You will have to marry Hayden and that’s my decision.” Alice said.

“Oh, so his name is Hayden. Thanks, mamma, now I at least know his name. Mamma, why are you ignoring the age gap between that Hayden Taylor and me? He is thirty and I just came of age. Mamma, this is the worst birthday gift you had ever given me. Today is my eighteenth birthday and you are asking me to marry a man who is 11 years older than me.”

Is the wedding really a coincidence or is it well planned? Let's start the journey full of twists and turns.