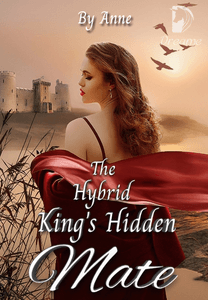 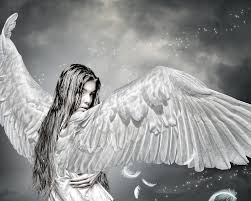 I wanted to ask what, but my voice seemed to have gotten lost somewhere. I couldn’t speak.

Again, I wanted to ask what, but I didn’t even get to think the word, before my wolf whimpered loudly inside my head like she was in pain. She seemed to actually be in pain. I could see her writhing around like she was fighting something, until suddenly she was lying down, her tail tugged in, and she had a submissive look in her eyes. My wolf was nothing but submissive. She was sassy and quite fierce. This was unlike her, but then she offered me an explanation.

Of f*cking course. Of course, the last hybrid male left in the world was my mate … It was just great. I had really hoped that even the Goddess, I had seen my mother pray to every night, would at least have wanted me my freedom too, but instead she had given me to the very person I had despised my entire life, because I knew if he knew I existed, he would want one thing from me, and one thing only. Being mates would make it twice as hard to fight him, but I would fight him. My freedom was what mattered. Nothing more.

Ronan lost his mate long ago. They were the last hybrids in the world but also destined mate. He swore to never want another. So, for hundreds of years, he continued to rule on his own, mourning his dead mate and child, until one day he learns he might not be the only one left.

Amber was never given much of a choice. Like her mother, she knew if people knew she existed, they would want to pair her with the hybrid king and force her to have his child. She doesn’t want that. She wants her freedom, but she was forced to live hidden away from the world, until her mother died. Then she couldn't contain her curiosity and ventured out in the world. It was a big mistake, and soon she finds herself in chains, just waiting for the king to come to her and do what she has feared the most. Get her pregnant.

What Amber didn't know was the king wanted nothing from her, but will it be enough? The council of vampires and werewolves won't give up that easily. They want the king to have an heir, but the real challenge is fighting the mate bond between them. They think they can keep away from each other, but can they?