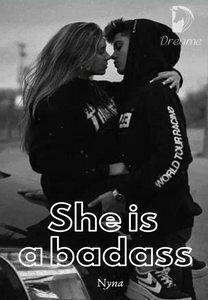 She is a badass 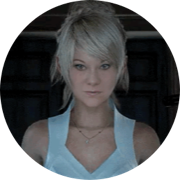 “Don’t tell me I didn’t warn you.” I say and he is still smirking. I lift my hand to punch him in the face but he blocks it. ‘Sh*t, I stand too close.’ I thought and push him away while I take a few steps away from the car when he stumbles backwards a little.

“Is this all you got, with that big mouth of yours?” He mocks me with a smirk and I shouldn’t let my anger get the best of me so I just smile at him and shake my head.

“I don’t want to send you to the hospital because of your jerk of a friend and I think you don’t want to get beating from a girl either, right? What would happen to your ‘bad boy’ image and reputation?” I ask him mockingly and his face fall in a few seconds. Now he looks furious and I think I know why. He realised that it wouldn’t be a good idea to fight with a girl because everyone would laugh at him, doesn’t matter what will be the outcome of the fight. “So you get it already? Good.” I say while I pat his shoulder. I reach down to grab my bag and walk away from him.

“You don’t know yet who you are dealing with, darling. Watch your back.” He calls after me and I don’t even bother to turn around to tell him...

“Yeah, yeah... big boy.” I say loudly with a chuckle and head back inside the school to find the classroom for my second period.

Rylee learned kick boxing since she was four and now when she is 18, she is an excellent fighter, along with her whole family. She is doing illegal fights since she was 16 without his parents knowlede and now that she needs to start her freshman year in college, she will continue with her 'hobby' there as well.

Her first day in school didn't went as she thought it would since she managed to mess with one of the bad boys before her first period even started and his friends bullied her for that, at least they tried. They didn't know yet that they are the ones who was messing with the wrong person and not the other way around.