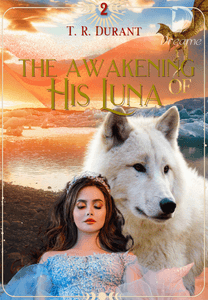 The Awakening of His Luna 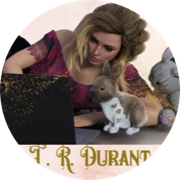 Formely: "Her Alpha, His Fire".

(Sequel to The Last Dragon's Baby. * Book 2 of The Golden Fire Series) CAN BE READ AS A STANDALONE STORY TOO.

After treacherous attacks from the Red Dragons, the Golden Dragons were almost eliminated from the face of the Earth, with only a few of them surviving and having to face decades of war against their persistent enemies.

In the middle of the conflict a new hope was found, one more surviving member of the Golden breed, Kemely. Except there was nothing they could do to take her from her current state of unconsciousness.

Under the sun of her new home in Marbella, Kemy’s future was unclear as the only reality she knew were her dreams, and her years of slumber.

On the other side of the world, in the cold Alaska, Henry was very sure about his future.

He is a werewolf, who is supposed to take the Beta’s daughter as his chosen mate and succeed his father as the alpha of the Boreal Keepers Pack, one of the most ruthless packs in the continent. The Boreal Keepers Pack only knows power, how to crush their enemies, greed, and tradition. There is something they and their alpha hate more than weakness; they hate dragons with passion.

Henry changed his ways when he heard a call to his soul, a call from his long-sleeping mate. He didn’t know who she was, or where she was, he only knew that he had to find her. However, he never expected his mate to be Kemely, a dragon.

Will Henry leave his pack and his destiny, to help bring his dragon mate back from her coma or will he follow his father’s orders and wishes and his Pack ways?

What will happen when, challenging the old feud between Dragons and Werewolves, destiny intertwines the ways of the Alpha’s son and his sleeping Dragon mate?