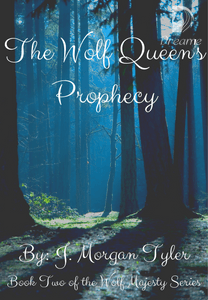 Luna Queen Lyria believed that she had found safety and security in the loving arms of her husband, King Wallace Wolfsblood. Happily settling into her royal duties, she spends her days bettering the Kingdom, caring for Wyatt Wolfsblood, the Prince from the King's first marriage, and hoping to start a family of her own.

But when a Mystic of the Keeping of the Shrine appears before her one day and speaks a strange, terrifying prophecy of a coming darkness, Lyria's world is thrown off course. Can she save herself? Can she save her Kingdom?