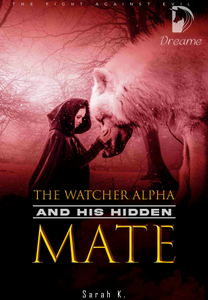 The Watcher Alpha and His Hidden Mate

Axel is next in line to become the alpha of the most feared and terrifying pack, When he first shifted it was seen that he is a red wolf and everyone knew what that meant. He is a watcher meaning there are three other watchers out there. This caused a lot of stir as watchers only appear when there is great danger among their kind.

Axel heads back to his pack to meet his mate Eva after years of training with the lycans, but finds solace in the arms of another.

Talia leads an ordinary almost invisible life, she always felt there is more to her but never quite knowing what it is that she felt, and so did not know how to reach out for it. She finds herself drawn to the newly returned alpha Axel and his friend Calum the lycan Prince.

Will they be able to overcome betrayals and obstacles to save their kind and be together?