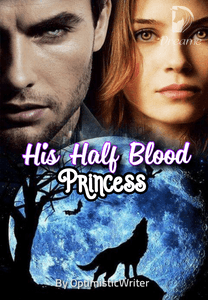 His Half Blood Princess

21 years old Serena is a half-blood werewolf who had never shifted.

She couldn't bear to watch her werewolf alcoholic father who had become abusive strangle her human mother to death. So she killed him and they fled for fear for their own lives.

Lord Edwin Vincent promised to keep Serena safe because of her crime. She is separated from her mother and brother.

The man slowly starts to poison her wolf without her knowledge. Serena could no longer communicate with her wolf when she finds out that Lord Edwin Vincent planned to kill her soon.

When Alpha Arthur first set his eyes on Serena, he knew she was his mate, but was appalled that his mate was a human.

Against her wish he turned her in to a servant in his Palace.

Werewolves are known to detest humans, so how will Serena deal with the other werewolves who try to bully her?

Serena didn't know Arthur was her mate. All she knew was that she hated the arrogant prince and doesn't hesitate to show him that.

What happens when Serena regains her wolf and realizes Arthur is her mate? Will she accept him or reject him right away?

Serena is being sought after by a dark witch that can depress a werewolf temporarily and prevent one from shifting.

What happens when the dark witch finally catches up to them?

Will prince Arthur be the knight in shining armor and Serena the damsel in distress, or will it be the other way around?

And is Serena strong enough to be the Luna of the Royal Crescent Pack?