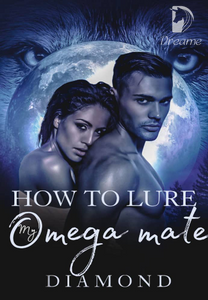 How To Lure My Omega Mate

All her life, Calla Harlow had been an outcast. Being an Omega with a traitor for a father, and a mentally deranged patient as her mother, it was obvious that she had suffered more than enough in the hands of fate. When all she wants is to have a mate who will encourage her in the pursuit of her dreams to be a doctor and help save lives, the universe shows once again that it is not on her side, when she finds out to her greatest dismay, that she has been mated to the Pack’s ruthless brat.

Born as the only son of one of the noblest and most respected families in Golden Crest Pack, Adan Bradford grows up to be pampered, arrogant, and pompous. His wish is to have a submissive mate, who agrees with every decision he makes and lives only to serve and please him. When the moon goddess mates him to a nerd from the lowest rank in his pack, he is sure that there has been foul play, as there was no way someone like him could have anything whatsoever to do with someone like her.

Would Calla be able to tame the wild Alpha, or will her dreams of being a doctor be destroyed? Can two opposite souls find peace with each other?