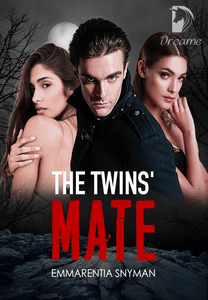 Sebrina looks at Josh as he stands in front of her. She knows what he is going to say. She knows he will reject her for her more beautiful blond twin sister. She and Leona can not be more different, and everyone can not believe they are twins. Her parents always loved Leona more than her as she had red hair and green eyes and freckles, while Leona was the pretty one with blond hair, blue eyes and perfect skin. Sebrina has learned not to ask her parents for love and attention from a young age as all their love and attention went to the cute child. They ignored her like she did not exist. It made Sebrina push people away from her, and that is why she is standing here in front of Josh, her mate waiting for him to reject her. It is not uncommon for twins to have the same mate. It happened before. Sebrina being the rebel she is, smiles as she waits for Josh's words.

"I, Josh Norton, future alpha of the Red Wood Pack, reject you, Sebrina Dawson, as my mate," Josh says. Everything inside Sebrina feels like it is dying a slow death, her wolf is whimpering, but she quiets her down.

"I, Sebrina Dawson, accept your rejection, future alpha of the Red Wood Pack. I hope you and Leona will be happy," Sebrina says with a sarcastic smile on her face. She knows her sister, and she knows she is spoiled rotten.

"You are just going to accept it like that?" Leona asks from the side. Sebrina knows her sister wants a fight, but she will not give her the satisfaction. Sebrina looks at Leona as smiles.

"Best of luck to the two of you," Sebrina says. My father is the beta to Josh's father, and Sebrina knows her life is not worth a dime after today. Leona will want her dead to make sure Josh stays hers forever and that he does not change his mind in the future.

Sebrina knows she is risking her life to leave her pack, but going away or staying in the same for her. If she stays, she will die, but she might have a chance out there in the big evil world. So she runs away, not knowing what adventure waited for her and that she will meet her biggest nightmare—the Alpha of all Alphas, Blaze Walker and she have to run not only from her sister but also from Blaze.