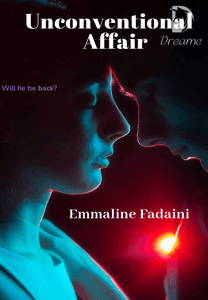 My mind wasn't in their conversation anymore.

The light in the library started to blink.

I looked outside the window and saw something. Not what I was expecting or was I daydreaming? It was a boy that had the same resemblance as Chase Parker. He was talking to a girl in front of the school building.

My heart started to beat very fast, faster than normal.

That's not possible, he died. I watched Chase die in my arms. I watched him vanish.

I stood up immediately and ran out of the library without my bag. All I wanted that moment was to face Chase and hug him and tell him how much I missed him but was he, Chase Parker? He had to be. It's hard to be him. I could feel it. He was my Chase Parker and the love we had was strong enough. Too bad he won't recognize me.

It's been two years. Two lonely years for me. I had to cope. I had to live for a reason because I knew he was coming back.

I ran out of the library and ran to the same spot I saw him earlier through the window.

"Chase!" I called. "Chase!!" I called again. Was already losing my mind. It was as if I was going mad.

He wasn't there anymore but I could still smell him. It was still the same. I bent down and started crying. If I had shown up a minute before, I could have met him. I failed.

After the death of Chase Parker, things didn't seem right.

20 years old Inez Sivan came back to New York City to continue her life as a human and also got into college but fate always have something to surprise her with.

What would Inez do when she sees something she thought was gone for a long time?