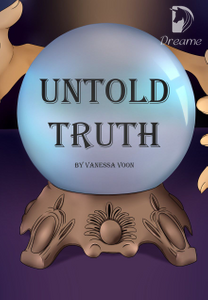 It has been a rough couple of months since Skylar had broken up with Cody but being bestfriends with Carson had really brought her back down to Earth. Cody ends up making things worse though Skylar had no officiate her relationship with Carson but every time Cody sees the two of them with nothing but jealousy. However, as part of the bargain of the 'prophecy', Cody pulls Tyler through hell and ended up messing with the wrong spirit. What would happen next?