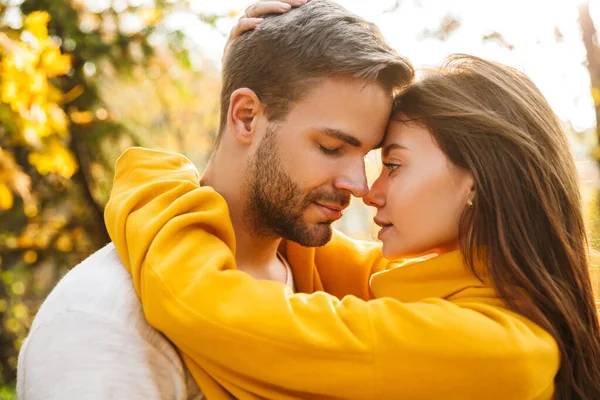 Harvey Yorks Rise to Power is an urban realistic fantasy that revolves around the live-in son-in-law Harvey York who is ill-treated by his family. When Grandma Zimmer found Harvey three years ago, he was almost like a beggar but she went on to force her eldest granddaughter to marry him. Now Harvey York is looked down upon by the Zimmer family and lives a pathetic life.

But Harvey York’s destiny changed the moment he gained power. Both his sister-in-law and mother-in-law kneeled down in front of Harvey as they begged him not to leave his wife.

Harvey York’s Rise to power revolves around the male protagonist Harvey York, who is the live-in son-in-law of Zimmer’s family. Three years ago, he was a poor man no different from a beggar when grandmother Zimmer had found him and forced her eldest granddaughter to marry Harvey York. But ever since her demise, everybody has looked down on Harvey.

Harvey is treated just like another maid in the house who is expected to prepare water to wash feet and perform every other menial work for the Zimmer family. Besides that, he is also in charge of cooking too.

Mandy, Harvey York’s wife is mocked by her family using her husband’s name, whom her family considered to be jobless and of no worth. The entire family was against the couple, asking them to divorce especially when a better suitor is available for Mandy. But Harvey never once agreed to the divorce showing his feelings for his wife.

Harvey York is one of the most interesting characters ever written. His patience is almost like a virtue of its own when he’s been called names straight at his face yet he remains calm. And he does it out of gratitude to his grandmother Zimmer who had saved him three years ago before he became the son-in-law of the Zimmer family.

After years of mockery and ill-treatment When Harvey York gains the power as the heir of York Enterprise it is his time to rise back to the power and give it back to the people who bad-mouthed him. https://www.oldhouseonline.com Harvey York plays the man of both helpless and powerful with the same charismatic energy making him one of the strongest personalities in the book. The other highlight of the character is his humorous tone and simple outlook on life.

The curiosity of the readers as they follow the journey of Harvey york as a taken son-in-law to the heir to York Enterprise, the suspense, the drama, and the mystery makes it one of the best read.

Harvey York’s rise to power novel is an urban realistic fantasy fiction that revolves around the male protagonist Harvey York and his journey from being the in-house son-in-law to gaining the ultimate power as the York Enterprise’s heir.

Harvey York is the husband to Mandy and a live-in son-in-law to the Zimmer family. Grandmother Zimmer was the one who had found Harvey York in his bad state yet she had him married to her eldest granddaughter Mandy to marry him.

Harvey is grateful to the Zimmer family for saving his life three years ago, but after the death of grandmother Zimmer, everyone wants to get rid of Harvey.

Harvey York is treated worse as he is made the menial work for the Zimmer family and besides that, he is in charge of cooking. Harvey is made to live in a pathetic life as the Zimmers call him shameless and abuse him on his face showing their displeasure of having Harvey around in their family with no empathy.

On the seventieth birthday part of Grandfather Zimmer, everyone is enraged at Harvey for asking for a scooter as a gift from the grandpa who finds it humiliating and the York Enterprise’s manager Mr. Xander makes an offer of marrying Mandy right in front of Harvey.

Everyone in the family asks Harvey to divorce Mandy so she can marry Xander, but Harvey refuses to divorce his wife even when he is offered millions as he is made to leave. As he leaves Zimmer’s place, he receives a phone call mentioning that the York Enterprise is in great trouble.

Harvey York was the rightful heir to the York Enterprise, the most influential business in south light. But three years ago somebody in the family had wrongly accused Harvey York saying he had embezzled funds. The entire York family had the same opinion. Later Harvey York was disowned and removed as the heir to the York Enterprise. Furthermore, his parents were directly sent abroad not giving Harvey any chance to meet them.

Now after three years, the gold mine Harvey had invested for ten million dollars had increased its value tremendously with a substantial amount of gold and the York Enterprise had called Harvey to ask for his financial support for the same company that had disowned him.

Harvey immediately removed his black card which is said to be one of the most prestigious cards ever and the customer service agent confirmed that his account had a huge amount as its balance.

Upon returning home Mandy and her friends were talking about the financial trouble of her company. But Mandy ordered Harvey to go do the laundry and even when he offered to help all the ladies laughed at him. Little did they know, who the man was

Harvey decides to own York Enterprises and then the story of Harvey York’s Rise to power begins. Can Harvey Yorks rise to power change his treatment by his in-laws? Will he forgive the people who hurt him? The story is filled with unique plot twists, and unexpected turns and most importantly written in a humorous flow that doesn’t bore the audience.

Harvey York’s Rise to power is one of the best sellers with 4 stars out of 5. The readers often find this novel the most interesting and hard to quit once they start reading. The difference between power, money, attitude, giving back, and everything else including romance, and hot chemistry the story has it all which makes it one of the best reads.

Part 3: The charm of harvey yorks rise to power

The journey of Harvey york from being abused and called names by his family including the bodyguards to becoming the heir to the York Enterprise, is an absolute rise to power. The unique part of this fiction is the depiction of the story, the plotline, and the unexpected circumstances that readers don’t expect at all making it one of the interesting picks.

The charm of Harvey York’s Rise to power is the protagonist of the story, Harvey York who takes all the abuse, and bad words and performs all the duties asked by Zimmer’s family and his wife including pocket money. But even in circumstances when they go to an extreme level to hurt Harvey, he is composed and patient.

The other beautiful trait of Rising to power is the showcase of the families, whose treatment is often based on the financial situation of the person. The characters who would be sworn and laughed at to Harvey go to the extent of kneeling in front of him as Harvey York rises to power.

Readers love a story that is full of unexpected thrills, suspense, and mystery but all of it is set in a realistic period making them connect to the characters more and that’s exactly what Harvey York’s Rise to power is.

While Marcel york and Selena Judd were admiring their potential future son-in-law Harvey York, he slipped away quickly but there was nowhere for Harvey to run away from the two. for his own safety, he had to stay in the garden villafor the next couple of days.

Harvey York’s feud with Harrison Yate as he calls the reports and the elders to show the gambling cruise of the Yates family as young master Yates wants to act ruthlessly, Harvey York decides to play along with him.