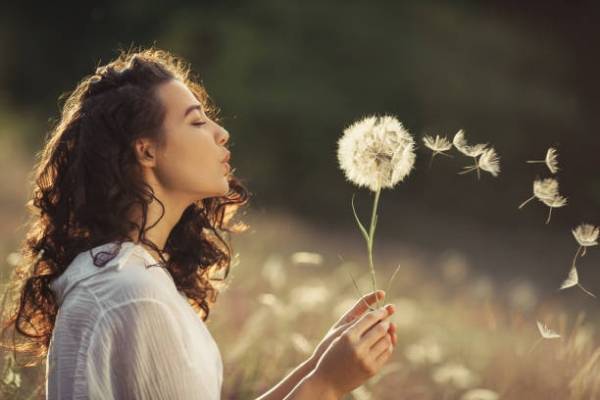 Cassandra was rejected by her mate Miles Walter. He broke her heart and spat on her. She faced his rejection and heard him saying that it would have been better if Cassandra would have just died.

Clenching her broken heart she decided to end her life and attempted to kill herself. But her suicide attempt was only the start of a new journey as she goes on to discover her real identity.

But Miles Walter the man who broke her heart is now back, begging for her. What will Cassandra do? What made her change her mind all of sudden?

Let’s enjoy You Rejected Me, Remember? together!

Read You Rejected Me, Remember ? Now

Part 1: What does You Rejected Me, Remember? tell

Cassandra at the age of fifteen found that her parents were not her biological parents and that she was different from her family. She was a human as she finally found the answers to why she couldn’t fit in like others. She couldn’t shift.

But that wasn’t the worse day of her life, when she finally finds out who her mate is, he rejects her. Miles Walter is the future alpha of the Dark Howl pack. When he finds out Cassandra is his mate, he rejects her telling her that it would have been better if she was dead.

Heartbroken Cassandra accepted her rejection as she left losing all her hope. She thought it was better if she didn’t live anymore as she recalled the numerous times her family had to protect her from the rogue attacks.

Cassandra finally decided to kill herself as she jumped into the river down the cliff. Her body was washed on the river bank as she lay motionless like she was dead.

The Lycan King was strolling through the forest when he smelled a royal female. When the Lycan King finds Cassandra, he immediately thinks it must be his daughter whom he lost eighteen years ago after one fateful night.

Cassandra wakes up thinking she’s dead but instead she finds out that her parents are Lycan’s. Her birth parents. And she was the royal Lycan princess, not an ordinary human Miles had thought when he had rejected Her.

From being a dejected ordinary girl Cassandra to becoming the crowning princess, Cassandra took a huge turn overnight as she finally found her birth parents and learned her real identity. She was a Lycan who was a royal majestic.

Keeping Cassandra’s identity a secret, her parents asked her to train to become the Queen.

Sir Elliott was the war general, the best in the army. And he was going to train Cassandra. But Elliot was a flirt, or that’s what Cassandra thought.

While Cassandra was trying to fit in her new life with a new role, her adoptive parents were looking for her including Miles. What will happen when Miles realizes the mate he rejected was not an ordinary human but a royal female, a Lycan who is the most powerful wolf?

Cassandra and Eliot can be the perfect couple but what if Miles begs her to take him back? Will Cassandra accept Miles back and accept their mate bond? Or will she find her fate as the royal female and find life having Elliott next to her as her mate?

You rejected me remember? Is one of the best-selling werewolf fantasies available on the Dreame app. The unique part of the story is how Cassandra being a weak human who wants to die goes on to find her real identity as a royal female, a Lycan princess.

The amazing plot line comes with a budding romance and the best character development with unique twists and turns that make the read of the best.

The fan-favorite book You rejected me, Remember? Has over 2 million reads making it one of the top picks.

Part 2: Characters in You Rejected Me, Remember?

Heroine: Cassandra thought she was an ordinary human living among her werewolf family who had adopted her. She couldn’t fit in, she felt weak and of no use whole her life. When she turns eighteen she finds out that she’s mated to the future alpha Miles Walter who immediately rejects her and wishes her death.

Heartbroken she decides to kill herself after losing all her hope but her life takes a turn when she’s found by her birth parents who confirm that she’s no ordinary human but a royal female, a royal princess. A Lycan by birth.

She’s trained by Elliott to become ready to take the throne, but when she has her former mate who rejected her heartlessly wanting her back her life turns into another twist.

king’s father: Richard is the Lycan King. After losing his daughter eighteen years ago, he finds a girl near the river banks and he immediately knows it’s her daughter. The reports confirm that Cassandra is his lost biological daughter Carina. The couple is ecstatic to have finally found their daughter.

The Lycan King was the alpha of all the alphas, a royal leader, and when he found his daughter he was happy to let her take over his throne.

Male leading: Sir Elliott is one of the best men in the army serving for the royal leader Richard. Elliott was the army general and one of the best who Was asked by the king to train Cassandra for the year.

But when Elliott meets Cassandra he is mesmerized and calls her a beautiful flower. Will Elliott be successful to win the heart of a royal female?

her former mate: Miles Walter is the future alpha of the Dark Howl pack. When Cassandra was fifteen he wished that he wasn’t her mate because he had seen the way Cassandra was weak and had to be protected.

Miles had wished for someone stronger as his mate as she would be his Luna. But when he finds out Cassandra is his mate, he rejects her immediately. In the beginning, he hides the fact that he found his mate and instantly rejected their mate bond as Cassandra disappears and everyone starts to look for Her.

His only worry was about the throne as the future alpha as his father had announced to hand him over the alpha position. But when he finds out who Cassandra is, a royal Lycan he is going to regret his actions.

Can he beg her to take her back? Or will he regret his decision and be ready to face her wrath?

Part 3: Funny things about You Rejected Me, Remember?

You rejected me, remember? Is a werewolf story but stands no comparison to another. The story opens up showing how Miles rejects Cassandra thinking she is an ordinary human.

The writer expresses the pain of rejection beautifully, the way Cassandra sees herself as someone who isn’t worth all the trouble she inflicts on her as she decides to give up.

But the attempt to sacrifice her life turns out to be the event that will change her life forever.

From being picked on by her pack members for being different from them to becoming the royal female, daughter, and future successor of Richard, the Lycan King Cassandra’s life takes a huge turn.

As Cassandra finds herself, the journey to becoming the Lycan queen doesn’t come easy. The interesting fact about this fiction is how the growth of female leads is shown which sets inspiration and deep admiration.

Cassandra decides to change her life and take perfect revenge on people who hurt her, she also couldn’t help but fall for Elliot, the war general who is the best in the army.

In most werewolf fantasies the male leads are often alpha and hold the highest rank. But in this Cassandra is the one who is going to be the queen. And the mate who rejected her has no other choice but to now down in front of the queen.

The best part of this is how the writer has expressed the characters in a much lighter way showing their humorous tone be it, Richard, the Lycan King’s cheesy conversations with his wife, or the flirtatious Elliot who is made to train Cassandra.

Part 4: A must-read-You Rejected Me, Remember?

Most fiction tales especially when it comes down to the werewolf genre often make the female lead someone weaker trying to boost the male ego. However, You rejected me Remember? Is a perfect story with a strong female lead and shows her growth from being hopeless to giving hope to others.

You rejected me, Remember? Author Z Ali a fantasy writer of Dreame app brings out the best of the werewolf world with a Unique quest for romance and a throne of power.

The winner of the royal romance competition held by Stary and Dreame is one of the top fan favorites having the readers vote for the story to make it one of the most successful in the Dreame’s ace project.

The journey of Cassandra from being heartbroken and rejected who jumps off a cliff to give up her life wakes up to find out she’s a royal female heir to one of the most powerful werewolf packs. But the story doesn’t end there, as she is announced to be alive and in line, for the throne, the danger starts to lurk in from the dark.

Having Elliot, the war general of her army Cassandra is going to do everything that will take her to keep her parent’s trust in safeguarding her pack.

This kick-ass heroine’s story is simply hard to resist and it should be one of your next picks. Join the 367 thousand followers and check out You Rejected Me. Remember?