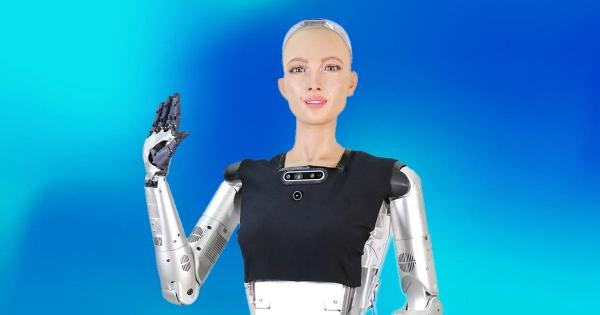 The Creation of the Humanoids (sometimes incorrectly named “Creation of Humanoids”) is a 1962 American science-fiction movie revolving around a dwindling post-apocalyptic society of human beings trying to reverse their population crisis with the assistance of silver-eyed, blue-skinned androids called “humanoids”. It is starring Don Megowan, Erica Eliot, and Don Doolittle, and is directed by Wesley Barry. The movie revolves around several people and humanoids involved in this attempt.

The main plot of The Creation of the Humanoids

Following an apocalyptic nuclear war, humanity has been reduced to scant pockets of survivors. Heavily irradiated, the survivors are able to procreate in less than 2% of couplings, leading to a catastrophic birthing crisis that will see the human race go extinct.

It is here where the titular creation of humanoids comes into play; due to the low number of surviving humans, blue-skinned androids called “humanoids” are created in order to assist the humans. Pejoratively called “clickers”, the humanoids are the target of a human hate group called “The Order of Flesh and Blood”.

After a humanoid is discovered that exactly resembles a human being and has murdered a human – a scientist named Dr. Raven – the Order resolves to have all humanoids disassembled or downgraded.

In the meantime, two humans – Kenneth Cragis, a strident anti-humanoid Order member, and Maxine Megan, a middle manager at a company called “Telex” – strike up an unlikely whirlwind romance after meeting at Cragis’ sister’s apartment. Their burgeoning romance is interrupted by the arrival of two humanoids, who escort them to their temple.

It is here that Cragis and Megan are told the shocking truth – the two of them died months earlier and were transferred into robot bodies, with the former having inadvertently killed the latter in a bomb attack. After the initial shock of this, the two of them resolve themselves to their new task. With a few minor operations, the two of them will be the first humanoids to be 100% functionally human – and it will be their task to lead the re-population of this brave new world…

Production and release of The Creation of the Humanoids

Though generally credited as a 1962 release, the production date at the end of the movie (MCMLX) indicates that the film wrapped before the end of 1960. The humanoid movie was produced and directed by former child star and LA local, Wesley Barry.

The Creation of The Humanoids is a very low-budget film, and this is evident in its minimalistic sets, rudimentary costumes, and simple matte-painting backgrounds. Despite this, it was filmed in color – an expensive prospect at a time when black-and-white pictures were still de rigeur.

Despite its low budget, the movie ‘The Creation of the Humanoids’ managed to land a couple of Hollywood old hands. The first of these was legendary makeup artist Jack Pierce, the man behind Conrad Veidt’s gruesome grin in The Man Who Laughs [1928] and, most famously, Frankenstein’s Monster in Frankenstein [1931]. It was Pierce who created the striking silver-eyed effect on the humanoids with thick plastic scleral lenses, which were so uncomfortable that they had to be frequently removed. Pierce also applied his skills towards creating the bald effect on the humanoids by applying bald caps and hiding the actors’ eyebrows with putty.

The second big name Barry managed to land was a two-time Academy Award winner, cinematographer Hal Mohr. Mohr lent some panache and flair to the static, unimaginatively blocked scenes that constituted almost the entirety of the movie’s runtime.

The film opened on July 3rd, 1962. TV spots and posters were used to market the film; unusually for the time, the movie posters used only two-color printings rather than the more popular, eye-catching four-color prints.

The movie ran in low-rent drive-ins, suburban theaters, and urban cinemas specializing in exploitation movies.  After its theatrical run had concluded, it was released to television in late 1964. It would be 21 years before the movie was available on VHS, and another 21 before a DVD release. The movie was featured on the MeTV show “Svengoolie” in July of 2021. The movie has an 86-minute runtime.

The Cast of The Creation of Humanoids

Trailers of The Creation of the Humanoids

This trailer for ‘The Creation of The Humanoids’ briefly gives an overview of the movie. This being 60 years ago, the trailer does not exactly follow modern conventions and might be considered a bit slow and dull by today’s standards.

Watch The Creation of the Humanoids full movie here:

Review of The Creation of the Humanoids

The Creation of The Humanoids is a film that deals with big ideas in a verbose way. The problem, however, is that that’s all it is – very, very verbose.

The movie tackles a few issues that are still relevant today, the biggest of which is the way in which minorities are attacked, belittled, and dismissed for their otherness. The humanoids are the subject of repeated attacks by the Order of Flesh and Blood, who mask their bigotry under a veneer of conservatism (sound familiar?).

The movie also dips its toe into theology and ontology, as a human and a “clicker” discuss god, existence, and the issue of infinite regress. The debate ends with the clicker deciding that he and the human are more brothers than strangers, as they ultimately must share the same god.

Despite the foundations of an excellent low-budget sci-fi drama in place, the film is ultimately undercut by its lackluster mise en scène, clumsy expository dialogue, and some truly horrendous acting.

90% of The Creation of the Humanoids can be described as people explaining stuff. More egregiously, it’s people explaining stuff to other people that already definitely know about the stuff that’s being explained, just because the audience doesn’t know it. It’s the very opposite of the old storytelling principle of “show, don’t tell”. From laws regarding humanoids to the human fertility rate to ham-fisted social commentary, everything is very slowly and tediously explained to the audience without regard for internal logic or interesting storytelling.

This is compounded by flat, uninteresting characters with no internal consistency and extremely poor acting. Not even excellent makeup is able to save the day. All in all, a film rich in ideas but poor in execution.