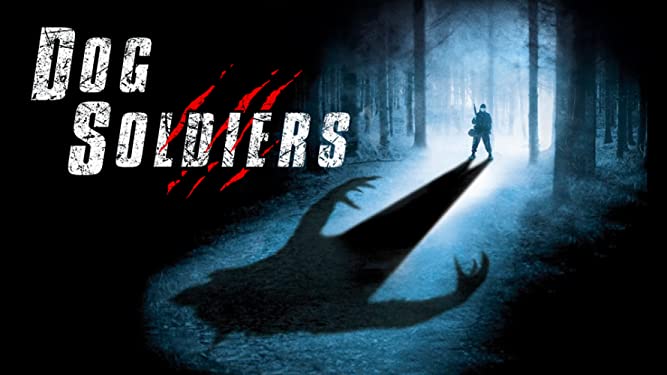 The movie Dog Soldiers is one of the most anticipated and viewed werewolf thriller movies of all time. Its 4.5 out of 5 rating on Google doesn’t disappoint either.

The movie stars a small group of British soldiers expected to meet a special ops unit. Instead, they found a bloody massacre with only one survivor. Little did they know, some sinister enemies are lurking in the shadows.
If you like or want to watch the Dog Soldiers movie, this post is for you. It explores the movie, the sequels, and the characters.

Dog Soldiers 1 is about a squad of six British soldiers who got dropped into the Scottish Highlands. The group was expected to perform a mission. Instead, they discover the remains of another group with the same mission.

They then saw a lone survivor. He was beaten and wounded. Then, he made cryptic references to what attacked them.

Eventually, the film revealed that werewolves attacked the group. The squad then tries to survive facing the most savage and fiercest enemies anyone could have.

Dog Soldiers: Fresh Meat, was announced in January 2004. It was supposed to be the sequel to Dog Soldiers. Unfortunately, the sequel was not released.

It was reported, however, that the sequel would involve an American group discovering Cooper. The group would think that he killed his fellow soldiers. Then, when night falls, more werewolves would show up.

Since Dog Soldiers 2 full movie was not released, there was no information about Dog Soldiers 3. Many fans still hope that the sequel will be filmed though.

Who Are the Werewolves in Dog Soldiers?

Dog Soldiers werewolf characters are terrifying. But we have to admit it, Dog Soldiers 2002 would have been for nothing without them. Here are the werewolves in the Dog Soldiers film:

The Uath Family was a family composed of Celtic Werewolves. They live at their own farmhouse in the highlands of Scotland.

Since Megan said that werewolf packs are led by younger males, the single man in the family is likely the Alpha.

Plus, It is not known what happened to the final werewolf who did not enter the farmhouse. It might have been the one eating Terry in the barn.

Megan is a zoologist, who is forcibly adopted by the Uath Family. They turned her into a werewolf.

She went to the highlands of Scotland to look for evidence. However, she was unable to leave because she got infected.

In addition, Megan helped Captain Richard Ryan with his werewolf-capturing project. She taught him about the area, even though he did not know her true allegiances.

Harry Wells, also known as Sarge, was a sergeant in the British Army. He served as a soldier for at least eleven years.

When nightfall came, the group was attacked by werewolves. They killed Bruce and infected Wells, turning the latter into a werewolf.

When only Copper and wells remain alive, Wells blew the farmhouse up. He sacrificed himself to kill the werewolves just as he started to transform.

Captain Richard Ryan of the British Army Special Ops was sent to the Scottish highlands by the government to catch a werewolf to weaponize. His team was slaughtered and he was injured.

Sean Pertwee was born on June 4, 1964. He is now 57 years old. Sean is an English actor, producer, and narrator with a career spanning over four decades.

While in college, Kevin became a member of the university’s student theater company. He decided to drop his engineering course to pursue acting.

He is well-known for playing Owen Hunt in Grey’s Anatomy, after appearing as Lawrence Cooper in Dog Soldiers.

Emma Cleasby was born in Cumbria, England. She is an actress famous for playing Megan in Dog Soldiers.

Aside from that, Emma has roles in Doomsday in 2008) and Inspector Lewis in 2006. On stage, she played roles in Robin Hood, Closer, and C.S. Lewis’ The Lion, The Witch, and The Wardrobe.

Liam Cunningham Dog Soldiers was born on June 2, 1961. He is 60 years old now. Liam is one of the most famous Irish actors.

He is also known for playing Captain Ryan in Dog Soldiers and Davos Seaworth in Game of Thrones.

Whether you want to see Dog Soldiers for free or not, we got you. Here are the top paid and unpaid platforms showing Dog Soldiers:

VUDU also offers Dog Soldiers for rent. The price starts at $3.99. Just like Amazon, Dog Soldiers is available in HD as well. VUDU also comes with Dolby Digital Plus 7.1 surround sound, so you can immerse yourself in the movie.

While this website has HD on it, the film does not show up in HD. It also takes time for the movie to load, which means you have to wait.

The Dog Soldiers movie is also available in My Flixer. Since there’s no Dog Soldiers Netflix or Dog Soldiers Youtube, you can watch it for free here instead. The only downside? Non-continuous watching (slow loading times) and a non-HD format.