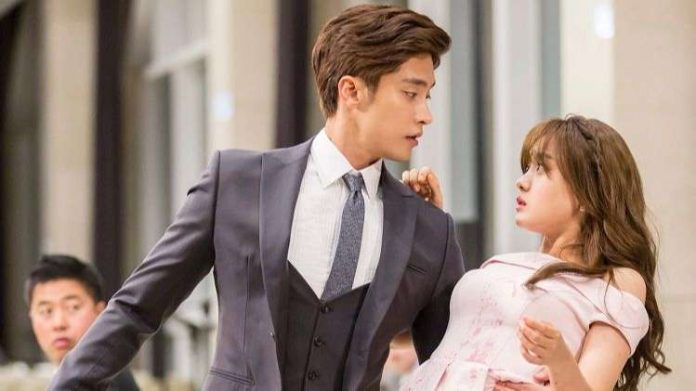 Korean romantic comedy is famous for its pleasant representation of humanity and the idea of dramatic and pure love. It has been reported as a therapy for challenging mental situations by many viewers. They do refer to such movies as a joke and ascribe to them a sort of therapeutic importance, but there’s definitely a fun and light-hearted element to it as well. Korean movies have taught us the gentle and persistent side of romance coming from the female and male sides alike.

What attracts people to Korean movies might drastically change based on the demographic of the viewers but let’s try to what the most noticeable elements are.

I feel like nowadays we have lost the art of gentle comedy in which jokes are light-hearted and aim at pleasing the soul and not ridiculing it. Korean films are known for teaching us this subtle nuance of comedy.

We have read about and listened to many viewers talk about the overall general beauty of Korean male and female beauty which is an aspect that is held in high regard among many who love this particular type of cinema. We have witnessed the Platonic version of love propel and grow into beautiful forms in Korean romantic comedy. It has been a hallmark of Korean comedy the way they pay an extravagant amount of attention and respect to the idea, pure, and real version of love.

Cultural beauty is yet another thing to admire in Korean romantic movies as the traditional attire and other societal norms and values are on display because love and comedy are the subjects of the movie.

So the most interesting thing, quite peculiar as well, is that the movie is based on real-life events that first took the form of blog posts, written by Kim Ho-Sik, on the internet which were later re-edited into a fictional novel. It was directed by Kwak Jae-Yong and features Jun Ji-Hyun and Cha Tae-Hyun. The story keeps the spotlight on an ordinary college-goer who likes to dwell in his habit of hanging out with his friends and taking a usual interest in girls. The boy, still oblivious to the fact that he is entangled in an unknown relationship, is yet to discover the unimaginably beautiful days he would not be able to spend without this sassy girl.

It is a movie directed by Kim Ho-jun and features Moon Geun-young and Kim Rae-won. Bo-Eun (Moon Geun-young) can better be described as a simple girl of 15 who goes to high school, has a definite habit of knocking herself internally every once in a while owing to her grades, and having a crush on a baseball team player, Jung-woo.

Bo-Eun has a grandfather who seems adherent to marrying her to a boy named Sang-min because of some promise he made to his grandfather back in the Korean war. What would she do considering Jung-woo is still her crush?

This romantic comedy was directed by Lee Hwan-Kyung and features Song Seung-Heon and Jeong Da-bin. Han Ye-won, a joyful high schooler, is the protagonist of the novel (Jung Da-bin). She is a lovely, awkward, and warm young lady. Ji Eun-sung (Song Seung-Heon), a student from a technical school and a well-known thug, is a complete contrarian character.
One day, the girl decides to this antagonistic bully of the school in response to what he said to her without realizing who he was. One thing leads to another, and she finds herself on his lips as she was trying to escape his threat while jumping against a wall. A sort of romantic comedy that has everything in store for many who wish to reconcile with the idea of danger, love, and laughter.

It was directed by Kim Yong-Hwa and features Kim Ah-Joong and Joo Jin-mo. Manga narrates a story of a ghost singer who puts a plastic surgery to gain fame but this particular hit has nothing to do with the ghosts. What it is about is a large girl with a big heart and an equally unbelievable nature in her voice.

This horror comedy is directed by Hwang In-ho and stars Son Ye-jin and Lee Min-ki. Being in its essence a horror romantic comedy, it is based on a girl who sees visions of ghosts from an adolescent age.
One day, a magician happens to notice her odd habits and approaches her, and this is when she follows him. Gradually, they seem to develop affection for each other and from there onwards begins a journey of strange love.

It is romantic comedy directed by Kwak Jae-yong and stars Jun Ji-hyun and Jang Hyuk. The movie begins with a thrill as a police officer is given the chase of his life in order to catch a mugger who is running away with a purse. The fact that she is not on duty is something she didn’t care about at that point but erroneously catches an innocent who has nothing to do with the crime, rather he was trying to run after the actual perpetrator in an attempt to catch him.

Romanticism, melodrama/drama, and action are all possibilities. Ultimately, Windstruck is a comedy that you will enjoy watching again and again!

Love 911 is directed by a famous director, Jeong Gi-hun, and features Go Soo and Han Hyo-Joo. A story about two people, completely at odds in terms of personalities, who build a relationship and a sort of bond in which they spend time healing each other’s emotional wounds and cuts. The man is a firefighter, who thinks of nothing but his dead wife and thinks of ways to overcome that particular grief. You must not miss out on this Korean Comedy.

Penny Pinchers is a Korean romantic comedy directed by Kim Jung-hwan and features Han Ye-Seul and Song Joong-ki. While making you giggle a lot, it is a movie that spotlights two people living next door to each other in a low-rent apartment. Chun Ji Woong is a jobless graduate who extolls his mother for money that he abuses women, while Gu Hong Sil also lives a fragile and deeply impoverished lifestyle that she cannot escape either. Anyways, at one point in the movie, she needs a separate account and this is when she adds Chun Ji to her apartment and the romance begins.

This romantic comedy was directed by Shin Jai-ho and stars Ha Ji-won and Kim Jaewon. Initially, like many other Korean fictions, it was a popular internet fiction, but later on, we saw a book being written based on this fiction and subsequently arranged into a movie. In the movie, some of the content was kept while the other was discarded. So, as she was all by herself, she causes an accident that turns the one on the receiving end of it into anger as he demands full compensation for the damage done to his Lexus. Many twists to come so do not forget to get a full scoop.

This comical romance is directed by Byun Sung-Hyun and stars Ji Sung and Kim Ah-Joong. Well, as the name suggests, the love in this film started with a bit of naughtiness or maybe a lot of it, as one day a girl decides to spice her relationship with her boyfriend by having phone sex and ends up calling a random guy, with whom things escalate and reach the point of romance. You will definitely enjoy the humor and jokes of the film and will never grow tired of it.