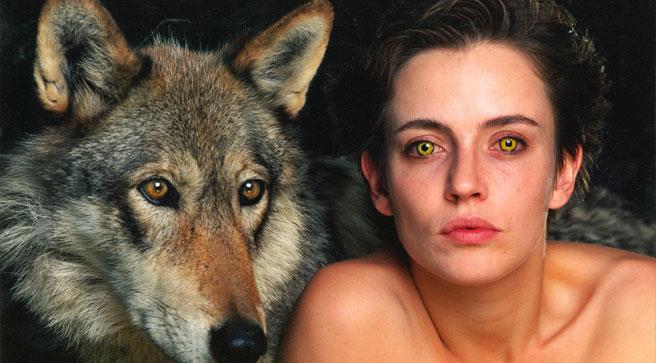 Female werewolves are usually represented to be more humane than male werewolves. It is less ferocious in its physical manifestation but not any less powerful. It focuses on the patient hunt and a watchful eye seems more sage-like than the mad beast’s senses. There are some aspects in which they appear different from their male werewolf counterparts.

In terms of contrast before and after the transformation, many are curious to watch a beauty become a beast. It is such a poetic process. In particular, during the process, it may involve partial exposure to the elegant body of the actress, which may arouse great interest in the audience.

7 Best female werewolf transformation scenes that blow your mind away

Here are the top 7 best female werewolf transformations. Let’s have a close look at them one by one.

Ginger snaps transformation is one of the best because it happens in small steps rather than in one stretch. The transformation in the film is not created with the help of some computerized effect and this is achieved through realistic costume looks.

What makes Ginger Snaps (2000) so compelling as a werewolf thriller is not only its devotion to rethinking lycanthropy as a metaphor for the plight of the young woman but also its goal to provide a female perspective in a genre that sorely needed it (and still does). Its transformation is magical in this way.

Temptation and pleasure are never what they appear to be in the moonlight. And neither is Alice White (Amanda Ooms), a gorgeous lady with a cruelly dangerous mystery. she confines herself up and changes into a she-wolf once a month when the moon is full.

When two other beings seem to torture the utmost bottom of her living soul, namely the therapist who barely believes her sexually charged stories and the man who she considered to be her only love, she considers nothing else but to reach the wilderness where she to practice her most personal desires.

In this particular sequel, we witness Brigette come into a werewolf lifeform in one of the staggering ways. Brigette is a girl who turns into a ware in a hospital where a male werewolf tracks her to avoid her from being destructive. She is given the monkshood but to no avail, as her transformation rate is so high and every attempt to stop her would be considered small and unworthy of anything.

Ginger Snaps features one of the most ferocious transformations because it involves the incoming wounds to Brigette but she heals her sounds almost immediately.

The moment Gabriel, a packmate of Vivian, wounds and attacks the Aiden, the human Vivia has affection for, it becomes hard for many to believe that she might not eventually restrain from becoming who she already is, a werewolf.

This transformation is revenge-bound and manifests the deep animalistic, guttural fire through her eyes as she makes the transformation.

The story saw a happy ending in Vivian and Aiden winning the fight over the resentful members of the pack before deciding to go to Paris as everyone bows their heads in respect to what they have witnessed.

Famously directed by Jonathen Glendening, a family returning home discovers that while they cannot decide on the deafening silence of the house. Later on, they witness a creature devouring one of their family member, which is when a female member of the house receives a cut from the same creature. In the span of a week, we see the changes reach an extravagant degree before the person explodes into a werewolf kind.

It went on to feature many similar transformations by the same woman who avenges the loss of her family from a creature well known by her.

6. Female Werewolf Transformation in The Howling (1981)

In the Howling, we saw Karen, who witnesses her husband turn into a werewolf, manifests the signs of bestial transformation herself. She gets a scratch in the remote colony, where her husband was scratched as well, but she decides to hang on to her emotions. After a while, it all seems futile as she loses her grip on her human nature.

It is precisely when we discover the influence of an unusual entry of a new wake of consciousness within a human before she undergoes a new transformation. Her psychiatrist confirms her changes in a scary manner as she couldn’t anticipate them beforehand.

7. Female Werewolf Transformation in The Gates (2010)

The Gates is an inside story of a community that has high-profile standards of living and enjoys much more than mere perks of life. There a new family witnessed their father being attacked and gone missing for a protracted period of time before he seems to appear as a werewolf. Upon being asked, he replies that an even stronger creature lies at the bottom who turned him into who he is these days.

That’s when the entire family and community watch the transformation of a female werewolf happen in front of their own eyes. It fills everyone with fright.