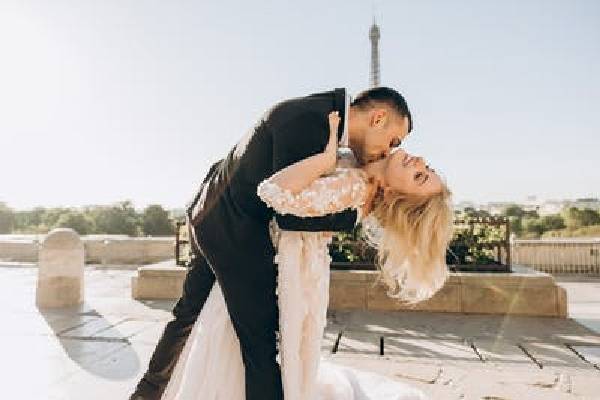 Mafia arranges Marriage romance books are usually set in the background of contract marriage or marriage of convenience with the hero involved in the crime family.

It is one of the intriguing plots and to add a cherry on top of it, it’s love with the dangerous and ruthless mafia husband. These books are so good that they become addictive.

Mafia arranged marriage romance books revolves around the dangerous man from the mafia, the boss who picks his wife after an agreement with the heroine’s family or marriage by force, contract, etc. She hates him, but he is not just dominant in life but also in bed.

The poor cinderella should have been careful before losing her glass slipper because her prince charming can be a mafia boss who will ruin the world to keep her happy and make her his.

Excerpts: “I’ll make her fall in love with me and abandon her”

The playboy billionaire Ryder takes a bet to have Scarlett, a promising actress who doesn’t believe in love fall for him, can he succeed? But there’s more to this arrangement. For six months they have to live as a married couple.

In the end, who is going to fall for who? Check this mafia romance arranged marriage book now.

Excerpt: Anna was tricked to have one night stand with a stranger by her evil step-sister. When she slept with the man, she believed it was to be her fiance. After that, She went on to get pregnant with the stranger’s baby and have twins. A boy and a girl.

But the boy was taken away from him. Years later she met the stranger, the man she had a one-night stand with. As he dared to question her for taking his girl away. Who was he?

This mafia romance book troper with arranged marriage theme comes with an intriguing plotline and twists.

Excerpt: Alpha Kane wanted to find the person who was responsible for his father Eric’s death. After obtaining all the information he set out a plan. He was going to kidnap King Jeremy’s daughter and make her his slave until he can finish her and her family making them experience the same grief he had to endure at the loss of his father.

But the woman he wanted to kidnap, to turn into a slave and ultimately kill turned out to be his mate.

This mafia romance book with an arranged marriage forced to love and the Werewolf theme is one of the most interesting reads.

Excerpt: Daphne Hillary returned to Centralia city with one thing on her mind which was revenge. Her first Target was the CEO of the company’s rival, Troy. The second target was none other than her stepfather who happened to be her ex-lover.

In the spinning web of lies, Daphne found herself getting entangled in a trap where she has her feelings waver and change.

What happens when the man she fully knew, her husband-to-be is a bitter secret from her?

Fate however had more things to offer her. Was she prepared for it?

This mafia romance book with arranged marriage theme with a kick-ass heroine and revenge is the one not to miss.

Mafia Arranged Marriage Romance Book 5: Who is my Husband

The man wore a mask and no one knew what he looked like. Kailee will have to discover the secrets as well as who her husband is. But she had secrets of her own.

A dark force is also beginning to seep into the world and she has to stop it before it’s too late. Whom was she married to? Why was the man always behind the mask? And did she own a gift to stop the dark force?

Excerpt: Kaiyana is the Princess of the Snow Moon Pack and she was betrothed to a prince but not by choice. It was her duty to marry him to ensure the safety of her people. On the day of her wedding, she is taken away by the hunter who plans to sell her for money.

However, she breaks free, and on her way back home she meets the handsome Navarro who agrees to help her. As the two start to bond and discover they are meant to be with each other, will duty keep them apart? Will she choose Navarro over the prince?

This is a mafia romance book arranged marriage-themed Fantasy Romance with a conflicting love that’s too hard to resist.

Excerpt: Savannah’s mate turned out to be a traitor who tried to kill her family. She decided that she didn’t need love. But when the Lycan King of the Northern kingdom comes to her brother to demand her hand in marriage in return for his support, Savannah has to make the choice of ultimate sacrifice and accept the proposal of the Lycan King.

However, when she arrives in the North she is not the only one there. The King had invited twelve other brides to compete for the title of the Luna. And it was going to be a luna trail before the Lycan found his match.

In this mafia romance book arranged marriage is set in the backdrop of fantasy Romance is the most exciting and unexpected love story.

Excerpt: she was abruptly pulled and found that it was the king. His eyes were getting darker than she had seen them the first time. The sun was hot as the King pulled her outside straight towards the black BMW parked alongside other cars.

“Wait” she called as she refused to move. She wasn’t about to suffer another wave of pain from the king’s rejection or his abuse.

So for the first time, she would be the one to be doing the rejection.

Mafia romance books and arranged marriage-themed stories are simply the best just like this one. The cherry on top, it’s a fantasy with the hottest hero.

Excerpt: She is forced to marry the man she hates.

Anna is not ready to forgive Mateo and he is not ready to accept her. They are both dead opposite to each other and belong to different worlds. But fate had tied them together to endure this unwanted relationship. Anna is in danger, she’s a target for someone’s revenge and Mateo will do anything and everything that takes to keep her safe.

This mafia romance books arranged marriage theme is so hot and sizzling that it takes the reader’s breath away. Check it out now!

Excerpt: what happens when the person who broke your heart is the only one who can fix it?

Reagan tried to move after suffering for years. She faced some of the worst moments in her life and tried to rebuild herself into someone strong and independent without the help of her parents. But what happens when her parents tell her that her childhood crush, her parent’s best friend’s son who once crushed her heart was back and now her roommate?

This first love mafia romance book arranged marriage is sweet and heartbreaking with a Happy ending.

Mafia Arranged Marriage Romance Book 11: A Dare With The Player

Excerpt: Cristiano Ferreira was a good boy who lived a happy life with his friends and family, but one day his mother walked out of their house and never returned. This left a scar on him and a part of his broken always looked for a love that he once believed in before the abandonment of his mother.

Years later, he’s now all changed, he is a player, a rebel, and a bad boy. He is set to do whatever he wants and whenever he wants. But he meets her..

What happens when she starts to make him feel again?

The mafia romance book arranged marriage trope with young adults is a treat to the readers with an intriguing storyline.

Excerpt: After losing his wife Cassio decides to marry again to take care of his two small children and keep his bed warm at night while he tries to establish his rule over Philadelphia. But in the tradition of the mafia family, choosing his wife is more of a duty than a pleasure.

Rules have to be followed. And Cassio ends up with a woman, not a girl barely of age. She might not be what he and his children need but she becomes his sweet temptation he can’t resist.

This mafia romance arranged marriage is hands down one of the best. This is my all-time favorite and the book that will last for a long time in the back of your head.

Excerpt: the devil in a masquerade mask under the black Chicago sky stole my first kiss. Vows taken on the wedding day are sacred but mine were broken before we left the church. Your heart should only beat for one man. But like split and bled for two, who happened to be the rivals who fought for it until the bitter end.

I, Francesca Rossi was promised to Angelo Bandini an heir to the most powerful family of the crime organization. But then I was taken by Senator Wolfe Keaton who forced me into a marriage.

This mafia Romance arranged marriage book with the two possessive and dangerous heroes should be on top of everyone’s list.

Excerpt: Theresa Noble has met her father’s associates but had no one ever looked at her and seen perfection until now. The Italian Sando De Lucci leaves her speechless.

Eighteen months into their marriage Sandro turns to ice and she wants to escape the cold and hateful husband. She asks for a divorce but before he will grant her request Sandro demands something that is a son.

Excerpt: The day Jack lured me into his office the first day we met he proposed to me. Jack had asked a stranger, the one he never met or heard of him to marry him.

A stranger who had been dumped by her fiance weeks before. She could have laughed it off and called him names before leaving. But we’ll she did everything other than walking away.

This mafia romance arranged marriage book is simply the best and most interesting.