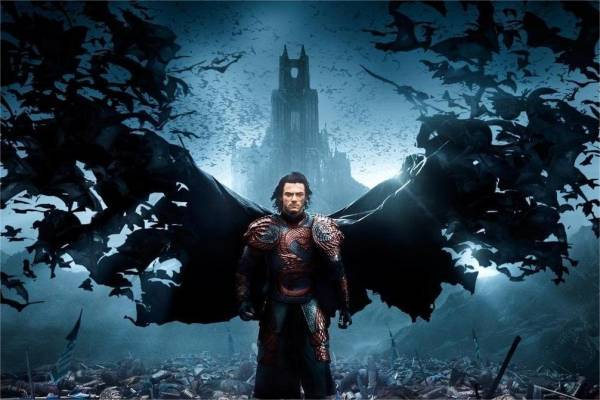 Vampires are the ultimate movie monster, having long held dominion over the box office and our collective imaginations. And no vampire is more iconic than that most aristocratic of vampires, the long-mythologized Count Dracula.

Dracula is so ridiculously popular that at least 200 movies have been centered around the bloodthirsty count – a number topped only by Sherlock Holmes. Add to the mix the countless books, comics, TV shows, video games, and songs, and Count Dracula is one of the most insanely popular fictional characters that has ever existed.

But why is Dracula so popular? Where did he come from? And what are the ten best Dracula films ever made? Read on to discover all this and more about the sine qua non of vampire media…

The origins of Count Dracula, the first vampire

Count Dracula is the chief antagonist of the eponymous Dracula (1897), an epistolary novel revolving around the titular Count’s relocation to England and his reign of terror over those he encounters. The novel is comprised of letters and notes (hence ‘epistolary’) written between those who have encountered the vampiric nobleman.

The importance of Dracula cannot be overstated. He is the prototypical modern vampire and the template for every vampire that followed, whether as a tribute, variation, or subversion. Prior to Dracula, vampires were filthy, shambling, semi-sentient monsters with more in common with zombies than the regal progenitor of all modern vampires.

Top 6 Dracula movies in the eyes of vampire fans

With over 200 Dracula movies, it’s no easy task to narrow the list down. Nevertheless, here’s our pick for Dracula movies which, whilst not necessarily the greatest, are indeed the most worthy of conversation.

Surreal, divisive, and never anything less than compelling, Bram Stoker’s Dracula is now mostly remembered for Keanu Reeves’ painful English accent and Gary Oldman’s intense, romantic take on the Count that reimagines him as a sort of undead Romeo to Mina Harker’s (Winona Ryder) reincarnated Juliet.

Lauded for its brooding, majestic cinematography but oft-derided for some poor casting choices (Americans Reeves and Ryder, both utterly out of their depth, threaten to sink the entire affair), Bram Stoker’s Dracula is a flawed masterpiece that’s well worth checking out.

Christopher Lee’s long association with Count Dracula is most notable for his run as the character in the British Hammer Horror series. Count Dracula, however, is not a Hammer Horror, but instead is a curious Spanish-produced take on the iconic character. Billed as the most faithful take on the character to date, it is indeed perhaps a little too faithful; with its refusal to subject its source material to any pruning, it is a plodding, tedious affair with an uncharacteristically lackluster take on the Count from Lee.

This 2000 sequel to Bram Stoker’s story is so very, very 2000s, with Gerard Butler as Dracula, Justine Waddell as Mary Van Helsing, and Johnny Lee Miller as an apprentice to Christopher Plummer’s Van Helsing scion.

Dracula 2000 is, as were so many properties in the 2000s, obsessed with revisionism and explaining the why behind something, and the movie works in a ham-fisted Dracula origin story that recasts the Count as the world’s most notorious traitor, Judas Iscariot. It is not without its charms, chiefly Plummer’s elderly vampire hunter inventively dispatching stronger and tougher enemies, but ultimately it is not quite the seminal reinvention of the Count that it wants to be.

More revisionism in this Universal Studios attempt to provide a superhero-esque origin story for Dracula, Dracula Untold is a vampire movie for the Marvel generation. A fast-paced, insubstantial fantasy-action take on the character, Dracula Untold tells the story of how the 15th-century Wallachian nobleman Vlad Tepes (AKA ‘Vlad the Impaler’) became the iconic monster.

As a further by-product of Marvel’s domination of the 2010s, Dracula Untold was reshot in a nascent attempt to tie it into the planned Dark Universe franchise, which would tie together all of Universal’s classic movie monsters. This plan was ultimately abandoned, but not before trying again with Tom Cruise’s vehicle The Mummy (2017).

There is talk of a Dracula Untold 2 rising from the grave in the future – keep your ears open and your eyes peeled!

The first so-called “talky” to feature Dracula was this 1931 Universal Studios picture, starring the iconic Bela Lugosi in the titular role. A massive commercial and critical success, Lugosi’s take on the role cemented the stereotypical Dracula imagery in the public consciousness, and today we still think of cloaks, tuxedos, and slicked-back hair when we think of the Count.

The impact of Dracula cannot be overstated; it changed the face of genre pictures forever and is the benchmark for vampire movies, the gold standard against which all others must be measured. So influential was it that it spawned Universal’s other classic monster pictures (Frankenstein, The Wolfman, The Mummy), and its legacy echoes in the annals of cinematic brilliance to this day.

Though not strictly speaking a ‘Dracula movie’, Van Helsing does nevertheless feature Vlad ‘Dracula’ Tepes in a pretty substantial role as the primary antagonist to Hugh Jackman’s Gabriel Van Helsing.

Though generally a fairly silly SFX-laden mish-mash of various monster and genre tropes, Van Helsing’s success as brainless popcorn fare, offers some interesting takes on not only Dracula himself, but Frankenstein’s Monster, werewolves, Mr. Hyde, and the famous Van Helsing bloodline. Worth a watch on a rainy night.

Though not every film on our list could necessarily be considered the most fantastic, they are at the least fresh, interesting, or inventive spins on the world’s most famous vampire. Did we miss any of your favorites off the list? Drop us a line and let us know!