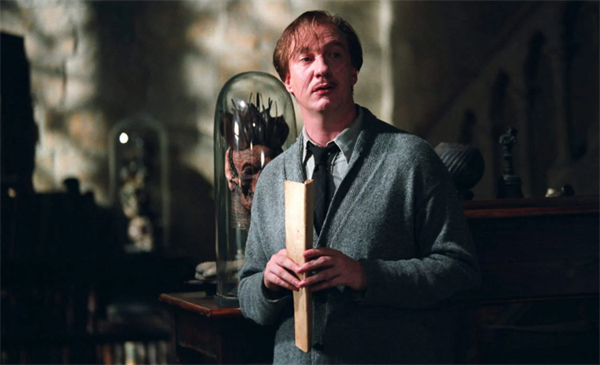 In the great, big wizarding world occupied by Harry Potter and friends, magical creatures abound. Some are tame and harmless, some are beastly and dangerous. Among those belonging to the latter, none are more notorious than werewolves. The half-man, half-wolf creatures walk the earth as normal humans most of the time. But under the full moon, they will involuntarily shapeshift into wolfish monsters.

Werewolves in the Harry Potter lore are human beings suffering from lycanthropy – a disease one contracts when bitten by another werewolf. Lycanthropy is irreversible. The condition will cause the sufferer to transform into a savage wolfman who forgets its humanity completely as it desires warm-blooded creatures. However, upon return to human form, a lycanthrope can recall his action during transformation, leading to a lot of shame for many of them.

Wolfsbane Potion, while unable to cure lycanthropy, has been known to help werewolves who drink it retain their human mind during transformation.

Part 1. Who is the werewolf in Harry Potter?

The two most prominent werewolves in Harry Potter represent the opposing side of the Wizarding War. On the good side is Remus Lupin, Harry Potter’s former Hogwarts professor and later, battle comrade. On the other side, aligning with Lord Voldemort is Fenrir Greyback.

While other werewolves would show a little semblance of their lycanthropy on daily basis, Fenrir Greyback proudly flaunted his. Even in human form, he exhibited bestiality: attacking people, cannibalism, and brutality. It was also reflected in his wolf-like appearance, sporting raggedy hair and claws which he kept sharpened at all times.

Greyback was adept at combat magic. He was a skilled duelist as well as a powerful user of the Dark Arts, a lethal combination. He regularly cast the Forbidden Curses without breaking a sweat, relishing in torturing people. As a Lycan, he was naturally super strong and agile, often being described as moving like a “grey blur”.

Remus Lupin was James Potter (Harry’s father)’s a best friend at Hogwarts. Together with Sirius Black and Peter Pettigrew, the four boys called themselves The Marauders. As a child, Lupin was bitten by Fenrir Greyback as revenge against his father. He had since lived discreetly with lycanthropy, maintaining his sanity every full moon with a brew of Wolfsbane Potion.

Lupin was described as being pale-skinned, with premature lines on his face as well as greying hair. At 6 foot 2, he was exceptionally tall. Over time, his face was covered with more and more scars – werewolves were known to hurt themselves during transformation.

Despite his intelligence, Lupin found it difficult to get a job due to his werewolf status – a fact reflected on his shabby clothes. It was Albus Dumbledore who took a chance and made him a teacher despite the objections of other professors, most notably The Marauders’ school day archenemy Severus Snape.

Part 2. The stories of Fenrir Greyback and how it ends

Fenrir Greyback was a longtime ally of Lord Voldemort, dating back to the First Wizarding War. He was infamous for being an exceptionally savage werewolf with a penchant for targeting children. For his crimes, Greyback had been captured so many times by the Ministry of Magic, though he managed to escape every time.

His lifelong goal was to infect as many people as possible with lycanthropy, hoping to build an army that can take on the wizarding community. One time, he attacked a young Remus Lupin out of revenge against his father Lyall Lupin, a Ministry officer who had insulted his kind, thus turning the boy into a werewolf.

Greyback joined Voldemort ever since the First Wizarding War. He would serve as Voldemort’s foot soldier, doing his bidding to terrorize and attack witches and wizards who refused to join his crusade. Despite his loyalty, Voldemort wouldn’t make him a Death Eater because of his inherent disdain for werewolves and their impure blood. Still, with the rest of the wizarding community already denouncing his savagery, he returned to the Dark Lord’s side when he came back. He would act as a Snatcher, pursuing the people on Death Eaters’ most wanted list, including Harry Potter and his friends.

Greyback was presumably killed at the Battle of Hogwarts during the Second Wizarding War.

Part 3. The stories of Remus Lupin and how it ends

During his tenure as Defense Against the Dark Arts professor, he hid his werewolf status knowing full well no parents were going to accept him being near their children. Every month, he would disappear around the time of the full moon. With the Wolfsbane Potion to stay mindful, he would hide in his office until his human form returned. While people were questioning his frequent disappearances, only Hermione Granger figured out the reason why thanks to a cryptic tip by Professor Snape. Despite this, Lupin’s kindness made him grow closer to Harry, Ron, and Hermione. He taught Harry the Patronus Charm, which later helped him defeat the Dementors. Lupin resigned from his teaching job after Snape exposed his werewolf identity.

When Voldemort returned, he joined the newly-reinstated Order of the Phoenix – an underground group determined to curtail Voldemort’s rise. It was here that he met and fell in love with Animagus witch Nymphadora Tonks. Feeling undeserved because of his condition, Lupin only got together with her after witnessing Fleur Delacour’s steadfast love for Bill Weasley even after he’d been badly maimed by Fenrir Greyback. The couple married soon after the Astronomy Tower Battle that killed Dumbledore.

In the throes of the Wizarding War, Lupin and Tonks found out they were expecting. This scared Lupin, who worried that the baby could inherit his lycanthropy. In his desperation, he chose to abandon his wife and asked to go hunt Horcruxes with Harry, who harshly derided his decision. They parted ways on bad terms. Thankfully, he listened to Harry’s words and returned to Tonks’ side. Sometime later, he and Harry buried the hatchet and when Teddy Lupin was born, Lupin made Harry the baby’s godfather.

Lupin and Tonks left their young infant to join the climactic Battle of Hogwarts against Lord Voldemort. Sadly, both were killed in action. For his service, he posthumously earned an Order of Merlin, First Class, the first werewolf ever to have been awarded.

Part 4. Lessons to Learn From Fenrir Greyback and Remus Lupin

“It matters not what someone is born, but what they grow to be.” – Albus Dumbledore

The sentence above has been a through-line with all the characters in Harry Potter: you are what you choose to be. Both Fenrir Greyback and Remus Lupin might not have been born werewolves, but the condition still got them stigmatized their entire lives. While Greyback chose to relish in people’s fear of werewolves, Lupin fought to become a better person despite it. In the end, Greyback was trapped in a cycle of violence, while Lupin died honorably, opening up a chance for other werewolves to be treated better.