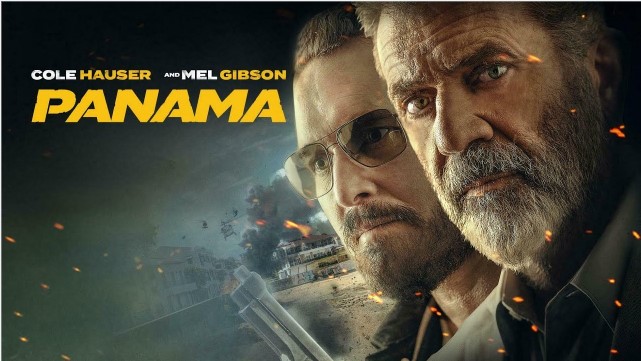 If you want to know more about this action thriller, you’re in the right place. This post explores the film and gives an unbiased Panama movie review. 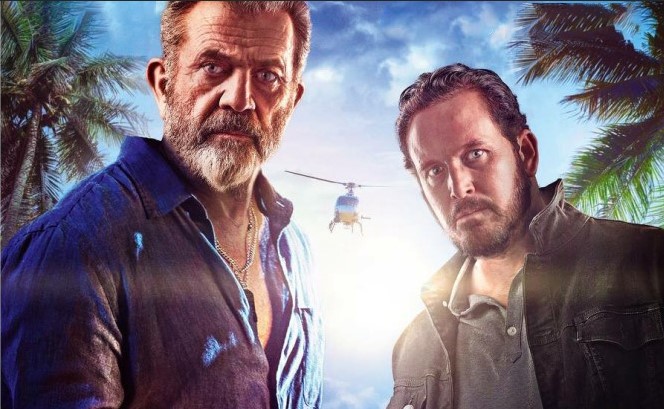 Panama is an action thriller film set in 1989. The plot of the Panama movie 2022 revolves around former marine James Becker (Cole Hauser). Marine was sent to Panama to buy a Russian helicopter.

In particular, Becker was hired by Stark, a CIA operative (Mel Gibson), to travel to Panama to complete the secret arms deal. In the process, however, Marine somehow gets involved with the invasion of Panama. Alone and amongst the most brutal arms dealers, he then earns a crucial lesson about the real nature of political power.

The film initially brings viewers to a flashback: the tragic backstory of Becker. Depressed and unable to move on from survivor’s guilt over the loss of his wife, Becker visits her grave every day, drunk. Nevertheless, the fast-talking CIA operative Stark (Mel Gibson) believes it’s time for Becker to move forward. Due to this, Stark puts him on a secret mission to Panama to connect the de facto Panamanian leader Manuel Noriega to crimes.

Becker then tried to purchase a Soviet helicopter from corrupt Panamanian officials and drug dealers before the U.S. Military launches Operation Just Cause. This tips the notoriously corrupt dictator Manuel Noriega.

Chaos then ensues, leading to a conflict between the Panama government, Becker, and the CIA. The conflict then leads to an ending that shows Becker killing Colonel Justines.

The Panama movie 2022 was released on March 18, 2022, in the United States by Saban Films. It was then released in Puerto Rico on the same day.

The film is 95 minutes or one hour and 35 minutes long, the average run of action thriller films.

This trailer is narrated by Stark (Mel Gibson). It opens with the first scene of the movie and shows a little glimpse of Becker’s (Cole Hauser) guilt. Stark then goes on to narrate their plan against Panama’s dictator.

Also narrated in detail by Stark (Mel Gibson), this trailer is pretty much the same as the first one. The only difference is that it’s extended by nine seconds to show some credits.

Here are some reviews of the Panama movie 2022:

“Mel Gibson chews the scenery in Mark Neveldine’s potboiler, but Yellowstone star Cole Hauser earns his top billing by doing most of the heavy lifting for him.” — Joe Leydon, Variety

“There is a slow-motion shot of a snow leopard, sound-tracked by hair metal. It is delivered without a lick of ironic wit.” — Amy Nicholson, New York Times

Panama drew my interest with its unique opening titles. Interestingly, they are replete with 80s-style imagery like VHS cassettes and numerous images from the Panama situation at the time.

The film also has a glossy sheen to it. The sunny locations are refreshing in comparison to so many desaturated films these days. Plus, the odd visual flourish indicates that this is from the director of Crank. However, the aesthetic isn’t as crazy.

The tone is mainly humorous. There are some serious moments though and Becker is a fascinating protagonist who we never know what he is thinking.

There isn’t a lot of action in this film. This makes it seem slow in places, even if the trailers are crammed with it. There are a few shoot-outs and a motorcycle chase through the forest. However, don’t expect them to be as great as the best action movies.

Overall, Panama remains an interesting watch for me mainly because of the Hauser and Gibson tandem. So of course, I wish we had more moments of them together bringing down the bad guys. This would have made the film a more fulfilling watch.

The Panama movie 2022 is a mix of two great actors (Gibson and Hauser), controversial politics, and US agencies trying to do what they think is right. Despite the great actors in this movie, it did not meet the expectations of the audience (or at least what everyone expects from a Mel Gibson movie).