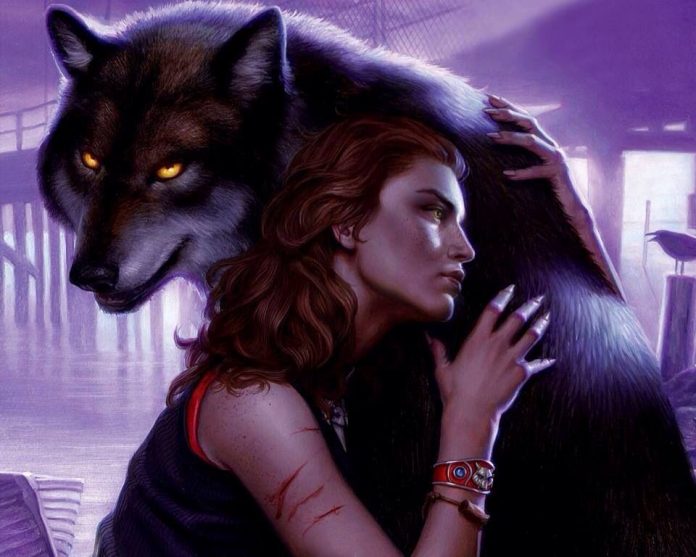 Just like humans, werewolves are also destined to meet their soulmates. Sounds so romantic, right? While it is, werewolves don’t call the one destined for them soulmates. They call them their werewolf mate instead.

Werewolves usually find their mate after their first shift. This usually happens between the age of 16 and 17. Mates, especially the males, are very possessive of each other.

But how exactly does this happen? Does a werewolf mark its mate? Will a werewolf ever mate a human? We’ll answer these questions and more. Just keep reading, of course.

Why Does the Moon Goddess Mate Werewolves?

In a gist, mates are the soulmates of werewolves. Interestingly, every werewolf has a mate. Their mates are their destined partners chosen by the Moon Goddess, their god.

It is believed that the Moon Goddess mates werewolves so they will have a partner for life. The goddess also does this so that werewolves in rank, such as alpha werewolf x reader, will have someone to help them rule. Werewolf mates wattpad also gives us a glimpse into this fact, as the mates of those with werewolf ranks often help them fulfill their responsibilities.

What Happens When a Werewolf Finds Their Mate?

However, at the end of the day, the true mate can only be determined by the Moon Goddess. There are instances, however, when a werewolf Alpha mate declared by the goddess is not the one the Alpha loves.

For instance, in a famous Wattpad werewolf mate story, the soon-to-be Alpha got mates with an Omega, the lowest werewolf in the pack. While this caused a commotion at first, the Alpha realized that werewolves and mates are meant to be together.

How and Why a Werewolf Marks Its Mate

Werewolves are known to mark their mates. In particular, they do this by marking the area where the male werewolf bites his female mate. This often happens between the neck and shoulder. Once the female werewolf gets marked, half of the bond is completed.

However, a werewolf mate can build a wall on his brain. By doing this, his werewolf mate won’t be able to read his thoughts or feel his emotions.

What Are the Mates of Different Ranks of Werewolves?

There are three main ranks of werewolves namely the Alpha, Beta, and Gamma.

The Alpha werewolf is mated to the Luna or the Alpha Female. The Luna serves as the mother figure of the pack. She also helps the Alpha make important decisions such as went to go to battle.

Each werewolf mate has a function. The Luna, Beta Female, and Gamma Female also have close relationships.

Will a Werewolf Mate a Human?

There is no universal answer to this. It highly depends on the flow of the novel. In some cases, however, authors use this to make unique plotlines.For instance, you can find a Wattpad werewolf human mate every now and then. This means that a human werewolf mate or werewolf human mate can exist.

The werewolf gene can sometimes transmit to an unborn kid when werewolves and humans breed. However, this is uncommon.

If the female is human, this can be dangerous. Once the child inherits the werewolf gene, she will have a three-month pregnancy, which can be harmful to both the mother and the baby.

Because the human body isn’t designed for such rapid birth, a miscarriage will likely happen. Plus, similar to werewolves, the likelihood of having multiples increases, putting the human mother at even greater risk. Yet, it is nearly impossible for a human female to give birth to many hybrids.

Can Werewolves Be Pregnant or Reproduce?

Because of the size of the children, some believe it is best to give birth in human form. Birth is difficult (especially with multiples) as it is for humans. However, because werewolves do not die during childbirth, the anxiety of becoming pregnant goes away.

A female werewolf’s pregnancy is shorter than a human’s. Werewolves develop quickly in their first few years. The pregnancy, as a result, lasts as little as three months or as long as six months. The exact duration depends on the number of babies the female carries.