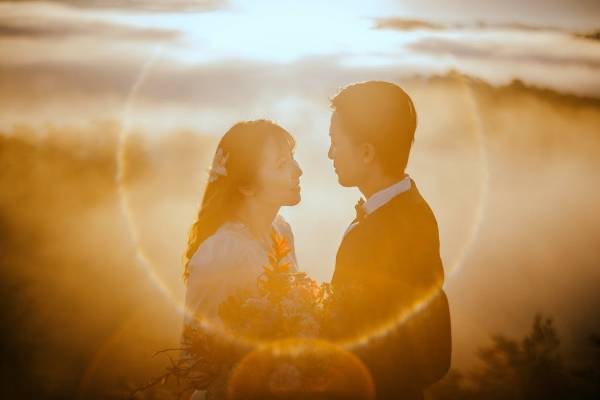 Sad ending books often bring out a better love story that lasts an impact on the reader’s mind, like Romeo and Juliet.

Sad ending books make the best romance reads as happily ever after seems more unlikely and unrealistic. The story won’t feel complete if the endings are not satisfactory.

Excerpt: I am Rosalie, 20 years old, sold to the most terrifying Alpha by my father. I have long known that my love for Alpha Ethan is hopeless and foolish. However, I am too naive to think that is the end of the story. Once the baby is born, I will be put to death. People thought I was dead, but I survived.

excerpt: Danica realizes that she is fated to be with the land’s triplet Alphas, but she is fearful of being mated to three cruel alphas. She knows their only interest is in producing an heir. She is just a mute, shy, rogue, how could she ever become a loved Luna of a prestigious pack? Can she realize her power to seduce them or will the middle Alpha’s attitude problem get in the way?

Pros: Unique representation of the characters, intriguing plotline making it one of the best sad ending books.

Excerpt: At seventeen years of age April Raine Storm was an honor student going into her senior year of school and well on her way to living “the good life”. She was an award-winning dancer, gymnast, and world-renowned champion in the art of MMO fighting.

What she wasn’t was particularly popular. The reason for that was because she had a secret she has kept all her life. One that haunted her dreams. But all that would change when her parents decided to move her back to her Mom and Dad’s hometown. There she would meet him, Alexander Maxim Moon.

Excerpt: For twenty years, Talia didn’t know a life outside of the brothel where she was raised by her mother, the only family she has, living as a human and hiding as a werewolf in plain sight.

After finally saving enough money to escape and restart their lives together, her mother is found dead, killed by one of her johns, the former alpha of the Pine Forest Pack. Distraught by the murder, Talia sneaks into his house to avenge her mother’s death, only to discover that she is mated to his son.

Excerpt: Twelve years after the death of her best friend and also the future alpha of the Eclipse pack, Tiana Aldridge finds herself mated to his twin brother, Jordan Walker, but he doesn’t want her. Her pack hates her and everyone blames her for the death that happened twelve years ago.

She grows up an outcast and Jordan wastes no time rejecting her, all her hopes of ever finding happiness come crashing. Tiana only has one wish; an opportunity to leave the Eclipse pack for good. The former Alpha King passes on, and her alpha gladly gives her out in tribute to the king. What he doesn’t know is karma is coming back in the deadliest way he least expects.

Excerpt: My parents told me I skated before I walked.

When I was eighteen I was drafted into the N.H.L third overall, playing in Los Angeles; the city of dreams. What more could I ask for? I played hard, but eventually, I partied even harder.

Five years later I was traded a week after I entered rehab. One of the rules of recovery was; don’t fall in love and I made it a top priority. She was off limits in every single way. Until it was too late

One night, one decision, and one act can derail everything. When push comes to shove, I’m only certain that, This is Wild.

Excerpt: Future Alpha Archer knows exactly whom his Luna is going to be, he went searching for Josie on his eighteenth birthday just to check if it was possible, and that is when he scented her. Josie was his fated mate. Archer was not one to sit on the sidelines he wanted to tell her straight away.

As he approached her, he heard her tell another man off, tell him off for using fated mated as a pick-up line, tell him that five others had already told her the same thing.

Pros: Strong characters with a great show of their growth, best sad ending

Read Waiting for his Luna Now

Excerpt: A virgin auction…and she’s the prize. One look at Emma James and Whitmore Kane and Ian Stewart know she would belong to them. Marriage was the only way to truly claim her so they bid and bid well. As their bride, they return to the Bridgewater Ranch and teach her the ways to please not one husband, but two.

Excerpt: Caitlin Lyon is the favored first daughter of Colton Lyon. Anyone who wants to date her will have to go through this tough-as-nails biker dad. Todd Henderson has spent the last four years learning his future father-in-law, from the age of fifteen when the big man himself threatened him to within an inch of his life if he even thought of messing with his daughter.

Now he’s nineteen and with the training from the erstwhile Mancini has grown in experience if not years so he’s more than ready to claim his girl when he goes home on summer break from the college they’d both planned to meet at before her dad put the brakes on that one.

Excerpt: Kat’s moving halfway across the country to escape a dark past that’s left her scarred. Barely eighteen, she should have her whole life ahead of her, but instead fear has robbed her of the spark she once had.

When she first meets her new boss she knows there’s no way she could take the job, he’s just too much of everything with his gruff demeanor and those smoldering looks. The first time she almost swooned at the sight of his muscular tattooed arms she knew she was in trouble.

Excerpt: Alexis had a lot on her shoulders. She was the fairy princess and also a demi-god. Great things were expected of her by all those around her. She already knew who her mate was too but there was one problem. Her mate hid away from her. Was it for her good? Or was it because he didn’t want her? Should she wait for him, or should she embrace the love in front of her?

The mate issue was not the only problem Alexis had though. Someone else has his eyes on Alexis. With one goal on his wicked mind; revenge.

My parents taught me a lot of things growing up, but the most important one is never to piss off a royal. They run the world, they make the rules, and they are brutal when they don’t get exactly what they want, especially an unmated commoner girl. I pray to Moon Goddess that I need the protection of a mate.

Until that day, a tall, brute man walks into my house like he was invited in. I tremble while he grins.

He is a Royal.

Excerpt: Veterinarian Kalyssa Carran always got along better with animals than with people, and she never knew why. And the boyfriends she had in the past bored her to tears. But everything changes when she accidentally hits a wolf with her car, bringing her into a world she never knew existed.

Excerpt: She had lost everything in just one day her job she tried so hard to find, her fiance she dated half of her life, and what remained of a relationship with her twin sister. The one thing she could not afford to lose was what was left of her dignity; certainly not at a wedding that should have been hers. And that was why she needed him, the handsome stranger across the road.

What Roxanne Harvey didn’t know was that this stranger was here to stay.

Sad Ending Books 5: Tied To My One Night Stand

Excerpt: Scarlett Preston is a strong and assertive woman who has the world at her fingertips. Set to inherit her father’s share of a successful company. Who would expect that a one-night stand with a stranger would come back to haunt her? Wait, her mystery man is the future partner for her family business?!

Read Tied To My One Night Stand Now