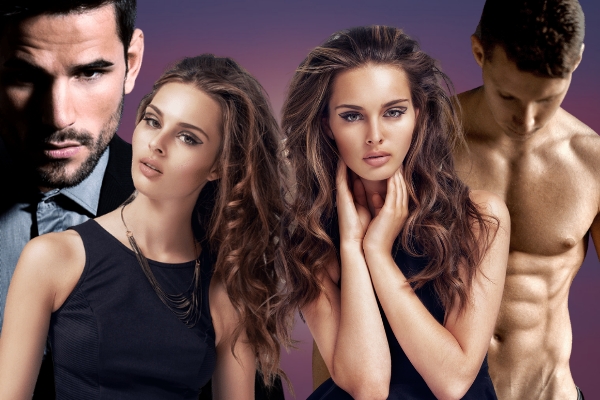 Elle’s life changes forever when she is sold to be a breeder to the ruthless Alpha of Drogomor, Alpha Ethan. Her long, foolish affection towards him is nothing to him. What he wants is nothing but an heir, and she knows very well death is waiting for her once her master gets what he wants.

Danica is a mute and shy werewolf rogue with unusual purple fur. She lives at the campfire with other rogues under the guidance of Henry and Ashley. The land turns out to be the White Moon Pack’s territory which attacks their group and makes everyone swear to protect the pack.

Danica Wrights shifts earlier than usual and discovers her mates are the triplets’ son of the Moon Pack’s Alpha. They haven’t turned yet and don’t know about the mate bond, and Danica doesn’t have the confidence to tell them. She’s afraid of the cruel triplets knowing all they cared about was to have an heir. She doesn’t believe someone like her can be a Luna to the strongest pack.

Alexander Maxim Moon is the future Alpha of Diamond Lake Pack. An intelligent, strong leader with good looks. Everything is perfect for him except for his conquest of girls.

April Raine Storm is a timid girl with outstanding achievements as an honor student with many great talents. Their family moves to the Diamond Lake Pack as her father is friends with the Alpha. Alexander is starstruck to meet the beautiful daughter of his father’s friend and thinks he could get her easily like all the girls he had.

But boy, was he wrong. April will change the rules of his games.

When her best friend died, Tiana Aldrige’s life turned upside down as she became an outcast in the pack. She never thought 12 years later to find out her mate was her best friend’s twin brother, Jordan Walker.

Jordan Walker, without a second thought, rejected her. When the Alpha died, Tiana was offered as a tribute to the king.

Alpha Prince Ryder Cadwalder has a bitter past with his ex-mate, making him overly conceited and possessive. His ego doesn’t welcome the thought of being a second chance mate to Tiana Aldrige.

An ancient prophecy has been told around the Blood Eclipse pack. No one thinks anything about it until Malia and Ty get engaged to start their happy ending story. Only, it wasn’t happy until it wasn’t the end yet.

Malia’s grandma warned them about the coming war against the witch coven. Ty will do everything to protect everyone in the pack, and Malia will begin to explore her abilities and connect with the family that’s been long taken from her.

Emma James thought she had everything figured out in life, thanks to her step-brother. Or that’s what she believed. One discovery of his dark secret, and he sends Emma to a virgin auction. More like selling herself.

Whitmore Kane and Ian Stewart bid generously to ensure they would take Emma home as their bride. They succeed. Now Emma James not only has one gorgeous husband; but two back in Bridgewater Ranch. And before they could all settle down, a danger immediately lurks behind their promised happy endings.

For Laurel Sinclair, running away is the only way out of her scheming father’s decision to give her off to marriage over a business deal. Her horse leads her to Montana and the land of two desirable protective ranchers who take her in. The two wasted no time and convinced her into marriage; to both of them.

Although Bridgewater’s way of union is foreign to her, Laurel soon finds herself deeply attached to the two men. But it only takes some time before her father tracks her down and for Mason and Brody to find out about the man her father offered her hand with.

Cross, Rhys, and Simon quickly decided they wanted to marry Olivia Weston when all their eyes were set on her.

Oliva Weston thought she had to be married to a man she didn’t love. But one discovery of his ill manner and she didn’t have a second thought to reject him, no matter the consequences. The last thing she expected was for three men to suddenly have equal desire over her.

Bridgewater’s marrying culture shocks her, but Olivia still finds herself submitting to the three men and their endless promise of pleasures.

Todd Henderson and Caitlyn Lyon have been in love for four years, but things are not easier for teens like them, especially with Caitlyn being Colton Lyon’s first daughter. Everyone in town knows him as a strict biker dad who firmly believes there would be a man ever good for his daughter.

For four years, Todd studied him. Plus, he’s trained in Michigan. Now, he’s ready to bravely take his girl and face his intimidating future father-in-law on summer break.

After leaving behind a horrifying past, eighteen-year-old Kat thought she could start a new life by being brave. Until she meets her new boss and his smoldering demeanor. From the looks to the physics and the charisma, tough biker Colton Lyon has it all. His tattoos scream trouble. He obviously has a darker past and all the bad boy ways up his sleeve. And Kat is determined to get the job and get her life started.

Being assistant to a gruff boss must not stop her plans from starting anew. No matter what a distraction they are to each other.

A fairy princess and a demi-god, Alexis has her hands full of responsibilities. Added to it is the mate who purposely hides from her and a strange presence secretly following her.

Little did she know they were one person: her mate.

The Kraken, or Aken, chose to hide from his mate and the next fairy princess because of the curse he received from other gods. But he kept an eye on her as she grew into a beautiful, responsible woman. He’s willing to go as far as watching her love someone else.

Easier said than done. Aken stayed in the shadow. Until he could no longer watch in silence.

Never in her wildest dreams did Kaitlyn Leary think two hunk rodeo champs would want her. No. It’s not a competition over her. Two men simply wanted to share her and be their sweet little librarian. Yes, that’s her job. She should keep her eyes to the books and the two mouth-watering, muscled men who could make her weak with their smoldering gazes.

Tucker Duke and Colton Ridge are looking for a woman to generously give her a double help of big beef. And Ava Carter, the possible new owner of Raines Seed and Feed, is lucky enough to get their attention. She could resist the two beefy ranchers if she could. But who would? Definitely not Ava Carter.

Gus is willing to share a woman with Kemp and Poe. At the right moment, he meets Parker Drew after ten years. They’re no longer kids, but the sparks remained alive. As grown-up adults, they knew exactly what they wanted. Kemp and Poe want as much, and they’re giving Parker times three of everything she could have wanted in life. Even in bed.

Porter Duke is already serving the looks alone but having Jillian Murphy by himself is not what he wanted. What he longs for is to share her with Liam Hogan. He has all it takes for the insatiable woman they both want to keep between their big bodies. They promised her security and love she could never find away from their arms.

Julia Dukes watches with a smile as her brothers find their happy endings. She would have wanted the same for herself, but an asshole ex-boyfriend stole her confidence.

And when finding love is out of her mind, it came to her; twice at once.

Bennet and Cash want Julia Dukes to be in their arms. They will stop at nothing until it happens. Not her ex-boyfriend, and definitely not the haunting past poking behind the two men’s Grade-A beefcakes.

Roxanne Harvey lost everything in the blink of an eye: the job she worked hard to get, her fiance, and her little so-called relationship with her twin sister. In her desperation, she brought the handsome stranger from across the road to accompany her to the wedding that was supposed to be hers.

As the Alpha Prince of London Pride Pack, Lancelot Dankworth couldn’t believe how he reacted whenever the crazy American woman was around him; especially when she was not around. She’s nothing but a mere human who caused a mess behind her trail. Yet, he couldn’t help but get drawn to the woman.

Declan knows how much trouble Hannah Winters have been carrying when his police instinct kicks in. It’s the kind of trouble he cannot help but dive in. His friend Cole had the same in mind when he caught the desire filling Hannah’s eyes.

Two men want the fiery woman to share together. She could run from her jerk ex-boyfriend and pretend to busy herself with medicine. But she could never turn a blind eye to the men who wished to tame her and get her crawling on their bed.

After seven years in the military camp, Rory and Cooper never forgot about Ivy, and the memories of her sandwiched between them. Seven years is long and enough for her to completely change, but the two men couldn’t care less. They’ve claimed her once. And they’d do it again.

Matt and Ethan will try another chance with Rachel. This time, they could never be so determined, especially when they learned about her plans to have a family. She couldn’t have that without a man, and Matt and Ethan offered themselves to give her exactly what she wanted; and more of it.

Staying as a guest in Bridgewater would help Lacey from staying away from the scandal. She’s got the wealth and fame, but the tabloids are ruining it for her. Meeting two hot cowboys is out of the plan, but nothing should go wrong with something absolutely pleasurable.

It was a Christmas-time wedding, and Avery was back in Bridgewater for her sister’s wedding. All she ever knew about us flings and all sorts, avoiding the thought of having fiancés That, until two cowboys of Bridgewater change her mind in an instant.