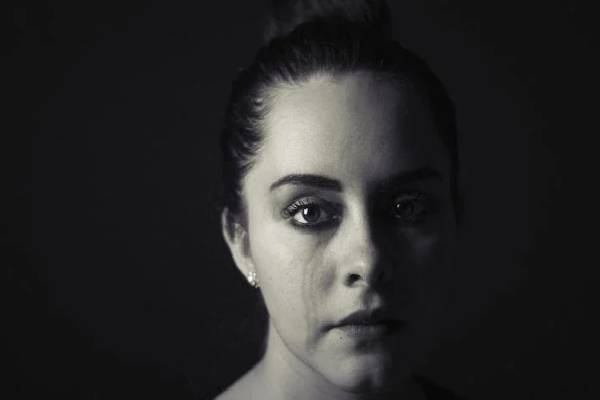 Luna of the pack is the superior position a female werewolf can be in. She leads the pack and represents her alpha. But what if the one person, your mate, your husband is not the man you are meant to be with?

Finding the courage to leave an abusive relationship is hard especially when your abusive partner is the alpha of one of the power packs. But the day Emily finds out she’s pregnant she knows that she has to leave her abusive husband for her child.

The Unbroken Luna decides to leave everything behind and start over. But what if life gives a second chance? A new mate.

Part 1: The influence of The Unbroken Luna

Marriages are meant to be happy. The man you call your husband, your mate is meant to protect you, love you, and cherish you for the rest of your lives in the sacred union of marriage that is powered by the mate bond.

Emily was the Luna of Red Blood’s pack. At age of twenty-two, she had the responsibility of her pack as a leader. Being married to the alpha of Red black pack Clayton, Emily’s life looked perfect but in reality, it was not.

Emily had the most horrible marriage having her husband abuse and beat her up. The luna was broken by the torture her husband brought upon her. But her life takes a turn when she finds out to be pregnant. That’s when Emily knew she had to leave her husband and start somewhere new to restart her life in a better way for the sake of her child.

Do you feel hopeless in your marriage as the heroine in The Unbroken Luna?

Do you want a new happy life? Have you thought about deserving better than a broken marriage? Why is it hard for one to leave the marriage that’s hurting?

The broken luna to being unbroken by finding herself, and her life that’s filled with hope and happiness sets an example of how one can choose herself and do something that makes them happy.

Moving on is always hard, but what’s harder is feeling stuck in a broken relationship knowing you can find someone to love you the way you deserve. Because everyone is worth the happiness and all the love life has to offer and most of the time, our happy ending doesn’t seek us. We have to chase our happy endings.

Part 2: Storyline of The Unbroken Luna

The Unbroken Luna by Northwave is a werewolf fantasy fiction that revolves around the female lead Emily who decides to save herself from her abusive relationship and decides to move on.

Emily is the Red Blood pack’s Luna, but her life is anything but easy. At just twenty-two, Emily has to deal with all the responsibilities of the pack that comes with being a leader and with her mate and husband, Clayton, who constantly abuses and beats her without any mercy.

Just as her life wasn’t hard enough Destiny, though, is about to come knocking at her door with news that changes her whole life, she’s carrying a child.

The fear of leaving the abusive relationship that had blocked her during four years of marriage which had destroyed her gets suddenly subsided by the need to protect her child knowing the child deserves better than an unhappy home.

Emily with the help of her doctor and the promise of a haven kind of new home in another pack finally manages to run away and find a safer place where she can live and raise her child. But the Destiny Knicks again as it’s the place where somebody special waits for her.

Xavier is the future King of the Wolves who has always lived a life of privilege. He is rich, handsome, and the Alpha of his pack, the Blauer Mond who just like his father before him is learning how to be a leader.

The future King had it all but there’s only one thing he’s always wanted and never managed to find, the right person with whom he can share his life.

However, he has no idea that the young girl his friend just asked him to welcome into his pack might be the One he has been waiting for all his life.

But can Emily start a new life while her past still threatens to ache her?

After being abused, broken, and defeated in her previous marriage can she find love again? Will she be made feel safe by Xavier?

But can Xavier accept Emily who is a mother to another man’s child?

This unique quest for love is heart wrecking and comes with the perfect set of Romance like nothing before which connects with the readers for its realistic take on life.

“She had an open wound on her right brow but it wasn’t deep, however, it was bleeding nevertheless, and the thick, red liquid was trailing down her temple and cheek.

I didn’t have any bandages for her head, nor clothes of mine that I could rip, so I had to make a quick work of hers. I ripped a small strip of fabric from the t-shirt she wore under her hoodie and used it to clean the wound the best I could before wrapping it around her head.

It was at that moment that she opened her eyes which made my breath cut short immediately.

As soon as my eyes met hers, I felt something click inside of me, something inside my heart. At that moment I knew that the thing I’d always been looking for was my missing piece. Her.

It felt like nothing else mattered anymore other than the woman I had in my arms. Only Emily Carnahan who was a wife and Luna of another Alpha. My mate, she was my mate”

Part 3: Characters in The Unbroken Luna

Emily is the female protagonist of The Unbroken Luna. She met Clayton after turning eighteen and felt like she had met the prince charming of her dreams. Her pack had wasted no time in setting up an alliance between the two, marrying Emily to Clayton.

It should have been one happy ending, a perfect fairy tale for the Beta’s daughter to marry the powerful alpha. But in reality, it wasn’t.

Emily for four years into her marriage was broken, beaten, and abused by her mate, her husband who should have done everything to keep her safe. She feared leaving him.

Clayton is the Alpha of the powerful Red Blood pack. He had wasted no time in marrying Emily whom he had called, ‘his sweet mate’ when they first met, dancing through the night.

He was anything but a prince charming. He broke Emily by abusing her and beating her for years. When she finally leaves him, what will Clayton do?

Will he regret and realize his mistake?

Xavier is the future king of wolves, who lived a life of privilege. He was rich and handsome and was the alpha of the most powerful pack. But there’s one thing he always wished for, his mate with whom he can share his life.

But when Xavier finally meets his mate, the one he had waited for all along it’s not the perfect fairy tale moment. Emily, Xavier’s mate is already a wife and a luna of another Alpha who is carrying a child. Can Xavier accept Emily?

Part 4: Northwave-Author of The Unbroken Luna

Northwave is the author of The Unbroken Luna, a top seller on Dreame app. the fantasy writer calls herself just another crazy writer in the world who loves sharing her fantasies with the world. The author loves everything supernatural – vamps, wolves, fae folk, witches, dragons with which she creates her fantasy world saying it’s better than reality.

Northwave along with The Unbroken Luna as two other works known for their perfect sizzling werewolf romance stories filled with suspense and mystery. Her other works include

Alpha’s Torn Heart: When Katherine Evers is sent off to marry the future Alpha of the Silver Sea pack she knows little about the man whom everyone wants to make her husband. The future alpha is known to be a reckless, violent, and wild Alpha.

Murtagh Kirk doesn’t want to marry the girl his parents have chosen for him because his heart belongs to another woman.

The Alpha’s Princess Mate: Caroline Hastings carries the weight of two worlds on her shoulders as she’s the future queen of both the Fae and the wolves. But there’s a secret, that only very few people know about her.

She’s also the Captain of the Elite, the Wolf King’s chosen hit squad.

Part 5: The Charm of The Unbroken Luna

The Unbroken Luna is one of the top picks with over 374 thousand reads on the Dreame app. Werewolf genres are the readers’ favorite, but often fantasy fiction is far from reality.

But The Unbroken Luna is a perfect read set in the fictional world of werewolves but the most intriguing plotline is the way Emily chooses to live her life after being a survivor of an abusive relationship.

Many women often experience toxic relationships but most stick to them even though they know deserve better. Just like Emily who survived her toxic marriage for four years. However, Emily didn’t lose hope. When she finds out to be with a child, she’s ready to do anything that takes to leave her abusive relationship.

The reason why the readers find this werewolf romance unique and attractive is that it sheds new light on life. Emily after leaving her broken marriage goes on to find the man of her dreams, Xavier the future king of wolves.

Even though falling in love again is the most vulnerable position for Emily she decides to rewrite her story not letting her past affect her future.

The author Northwave simply sets an example to all the readers who are Emily or know someone like Emily struggling in their marriage, a relationship they don’t deserve to stay in.

The fictional read has the perfect heartwarming romance with unique twists, mystery, and most importantly the growth of the female lead who goes on to be a broken Luna to the Unbroken Luna.