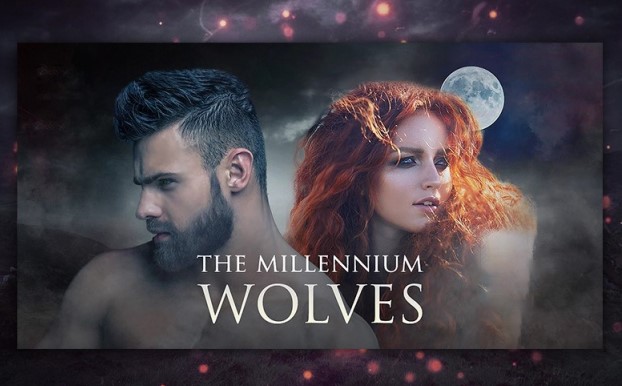 Many teenagers have a supernatural romance phase. Don’t lie – most of us have had one! These often include sexual fantasies, supernatural beings, and plot lines that make the supernatural elements seem normal.

One such story has now garnered over 125 million views on Galatea. This makes it one of the app’s most profitable and well-known supernatural stories. We are talking about Sapir Englard’s The Millennium Werewolf, a story filled with sex, lust, and hilarious descriptions of body parts. Some of these make 50 Shades seem tame!

This book does have mentions of rape and attempted rape. There are also some hints of underaged sex involving a minor character. If that is not your thing or you are affected by these issues – DO NOT READ THIS STORY!

If none of these is an issue, and you want some classic sexual fantasy romance to read, check out The Millennium Werewolf.

Why The Millennium Wolves so addictive?

Sienna Mercer is a 19-year-old virgin werewolf. This is practically unheard of, so she keeps this her secret. However, the Haze is soon occurring. What’s that? The Haze is when a werewolf past 16 is in heat. Usually, she has these urges under control. That changes when she meets the Alpha, Aiden Norwood. You can guess what happens next.

With the first line being “All I could see was sex.”, you know what this story will be like—there’s gonna be a lot of sex, horniness, and fantasy. For many, this could make them cringe (even the author admitted to cringing at her work in reply to some online reviews). However, this fulfills a fantasy.

The idea of a perfect guy (even Hercules could pale in comparison with the description of Aiden) chasing someone and wanting them in every way possible … most teenagers who have their sexual awakening wish to see that. It’s not the healthiest fantasy. But in a world with The Vampire Diaries and Twilight, it’s easy to see why these fierce creatures are sexually attractive to some.

However, for others, it was a cringe-fest that just kept delivering. Some lines are hilarious! We’ll get to those later.

Main Plot of The Millennium Wolves

Ok, The Millennium Werewolf book 1 focuses on the romance between Sienna and Aiden. However, there is a surprise twist near the middle of the book of a threat looming over the pack’s borders. A dangerous one, unlike any they have ever encountered.

However, let’s talk romance! One of the most significant plot points is the meeting between the two. Sienna is a “19-year-old self-taught artist.” She’s not like other girls. Whilst other girls flock to grasp the Alpha’s attention, she instead … decides to draw him. Why? Plot. Anyways, he sneaks up on her and looks at her drawing. Thus, the romance begins.

More importantly, Sienna’s family is invited to the alpha’s house for dinner. There, the Haze hits Sienna. She runs into the bathroom to relieve herself. Who stops by? Aiden! The two of them in the private bathroom stall have their real first intimate moment. Werewolves have a weird sense of romance – sniffing fingers and … marking their mates. This mark is a bite from Aiden, signalling she is his.

Main Characters in The Millennium Wolves

Sienna is the most polarising person in this book. She is horrified by the idea of having a mark on her, especially being marked by the Alpha. She feels like she is forced to be submissive. No one wants that. You can understand her reluctance, especially after finding out one of her friends was raped. She wants her first time to be with someone special. However, it isn’t very pleasant when she says something one minute and then does the opposite the next. She is also illogical, not telling Aiden what she saw (a potential threat to her pack) because she is angry that he left her to find the danger.

Aiden is domineering. He likes to be in charge and is good at it too. However, he is attracted to Sienna because she fights back. After the dinner scene, when he confronts her in the bathroom, Sienna is defiant. At first, he is so toxic. He follows her, summoning her to his beck and call and even calling her ‘woman’. A real Prince Charming! There is some development, as is expected in these types of books. He takes her to dinner, but that doesn’t magically fix everything. He’s still a jerk! But at the end of the book, one sees a change in his attitude.

The most annoying thing in this entire story goes to the side characters. Which ones? All of them! Except for Jocelyn, she best girl! Seriously, it’s like all they talk about is sex. The mom is the worst. Nothing the main characters did annoy me more than Sienna’s mom!

Excerpts from The Millennium Wolves

This is the moment you’ve been waiting for!

The first excerpt is from Sienna and Aiden’s first intimate moment in the bathroom stall. (Book 1, chapter 6)

“He brought my fingers – the same fingers that had just been inside of me – up to his nose.”

Did you get turned on or snicker? I told you the body part descriptions are hilarious!

The most crucial detail in this chapter is the end when Aiden marks Sienna. As Sienna describes it, this mark was “the kind of bite that said I was his.”

The mark itself swells up and is distinctive to the Alpha.

A few chapters later (chapter 10), Aiden decides to take Sienna out for a date. He stops by her house and speaks to her mother, much to Sienna’s horror.

Even though Sienna is shocked to see him, given that she was tricked by her mother to come home, she constantly comments about Aiden’s “mesmerizing gold-streaked green eyes” any chance she gets. His eyes always get her attention.

At the dinner, Aiden kisses her hand. From there, it escalates quickly. It goes from 0 to 100! This then leads to … the twist. I won’t spoil it anymore. Just be aware of what you are getting into. This is one we recommend for private eyes only!

Regardless of how you approach this book, it still made an impact. Sure, you could laugh at the descriptions, or get turned on. However, this book series has inspired other writers, put an indie publishing app on the map amongst tough competition, and even revolutionized the genre of werewolf supernatural romance. Not many stories can say that. No matter how Sapir Englard feels about her work now, she did a lot for this niche genre.

PS: There is an fanfic of The Millennium Wolves on Dreame. Give it a try

Read the fanfic of the Millennium Werewolves on Dreame