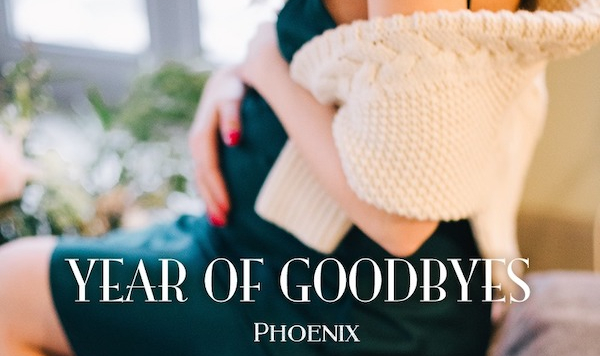 With over three million views on the Dreame app, Year of Goodbyes is one of the most successful stories on the app. With author Phoenix finishing this story in February 2022, let’s see what made this story special and give a few thoughts. To view this story, you can easily find it on Dreame. The first nine chapters (on which this review is based) are free, but every chapter afterwards is part of the Pay to Read scheme.

Part 1: The Author of Year of Goodbyes

Year of Goodbyes is Phoenix’s second book on the app, under Stary Writing (the writing app to publish on Dreame). Phoenix’s profile has over 10 thousand followers and over 107 thousand visitors. Through her disclaimer, Phoenix states that after taking a break from writing, she became inspired through reading other stories on Dreame. With this book being the first to be qualified for the Pay to Read scheme, it has allowed Phoenix (and other writers) to receive some income for their hard work. So, let’s investigate this book Year of Goodbyes.

Part 2: The Plot and Writing Style of Year of Goodbyes

To summarise the plot, our female lead is 25-year-old Annabella. She is returning home after six years abroad in Arizona to help care for her ill mother. With her is her 5-year-old daughter Sophia, who has never met her grandmother. At the airport, she runs into Liam Jones. Liam is her best friend’s brother, and the two have a history. It is even confirmed he is Sophia’s father after a one-night-stand. You can see where this is going.

Even the tags such as “second chance” and “friends to lovers” should give you a clue. The plot is predictable but is quite enjoyable. Its charm is in its simplicity. However, some elements that come from the plot are repeated. If Annabella tells the story of the one-night-stand in chapter 4, why must chapters 5 and 6 be a flashback to the night?

Phoenix takes an exciting approach to the story structure for this story. Each POV is given its chapter when writing multiple points of view (POV). However, Phoenix has integrated multiple POVs into a single chapter. This allows the readers to see how the interaction looks between various characters. The writer deserves praise for trying this out, as it is tough to do. However, sometimes the change in POV, such as in chapter 1 for two lines, ruins the chapter’s pacing. It feels like some POVs deserve to be put in another chapter.

There are also plenty of spelling and grammatical mistakes that further distract you from the plot.

Part 3: The Characters of Year of Goodbyes

It is made clear from the beginning that Annabella and Liam are meant to be together. They come off as the average ‘I’m still into you but not going to admit it vibes you get from a cheesy romance. There’s nothing unique or memorable about them. Of course, there must be a villain to counteract this couple and give them a reason to be apart.

That role goes to Taylor, Liam’s girlfriend. She is the most despicable and pointless character. She is the typical bitch with no admirable qualities. Even her boyfriend doesn’t like her! So, why is she here? Instead of making her unlikeable and despicable, it would have been more interesting if she was a good person.

It would make it a more compelling conflict because we would care if (and when) she gets hurt by the revelation. Or maybe Annabella sees her as a bitch, but Liam shows us her true character of being kind? Remember, we are only reviewing what is available to the public. Maybe there’s a twist, but for the beginning, this character is pointless.

The plot is predictable but enjoyable. So far, it does an excellent job of giving a good beginning to a romance many people will enjoy. Most of its fault is in the editing process. The changing of 1st person to 2nd person, the constant spelling and grammatical errors and the repetition of events in the first few chapters all slow down the plot’s progress. For example, if Annabella is telling Collette through a conversation with her best friend (and best character) about the one-night-stand in chapter 4, why did the following two chapters have to be a flashback about said chapters from Annabella’s POV?

I do have to give props to Phoenix as an author. It is not easy to publish a book on a massive platform. Her latest works show her skills as a writer are getting better. Whilst researching this piece, I came across her other works, such as The Italian Billionaire and His Runaway Bride. The spelling and grammatical mistakes are less noticeable, and the plot does not repeat itself. From the free chapters, it seems like a fun and fast-paced romance. The character also feels like separate people. They have instant hate romance and a match for power begins. There’s danger and suspense as well. That’s one story I would recommend on this app.

There are so many different types of romance stories on the Dreame app. Whether it is a romance with a mafia boss, a werewolf love story or a slice-of-life romance that seems more relatable, you will find something on Dreame.