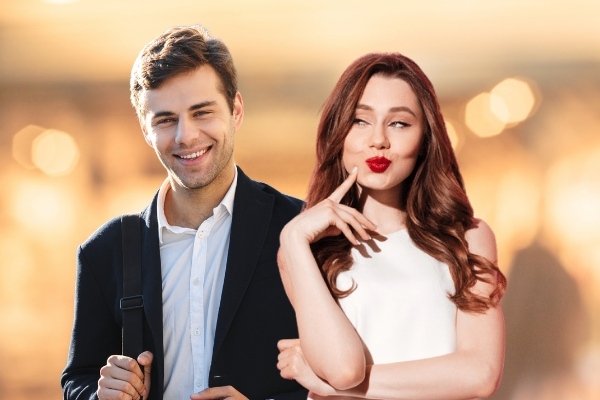 A spin-off from her Doctor Series, which is greatly recognized by readers in the Dreame app, Oh for Mates Sake tells the story of Clover, an orphan, unpopular, unwanted future Delta of the Sulfur pack, and with her wolf soon going dormant after shocking revelations.

Clover survived the Dark War, which took her entire family.

She’s friends with the pack’s Beta, Gamma, Jude, and Joey. If you’ve read the Doctor Series by JM Snap, I’m sure you’re familiar with their names.

If not, it’s time to read it later after Oh for Mates Sake.

And you’ll love the interaction between Clover and her three protectors. They’re overprotective of her, and it was cute and sweet.

Oh for Mates Sake is about two werewolves destined to be together, but they can’t get their act together until it’s almost too late.

Oh for Mates Sake starts with the main character, Clover, getting stuck in the bathroom after taking a break from the pack’s training. The pack’s future Alpha and her friend, Denny, are making out with his girlfriend, Andrea.

Andrea is not fond of Denny being in the packhouse. Well, everyone in the Sulfur pack doesn’t like her. She’s just a baby abandoned in the woods who survived the Dark War. Patrolling pack members found her. Alpha of Sulfur Pack took her in because everyone wanted to kill her.

Later in Oh for Mates Sake, it will be revealed that Clover is from a powerful pack and her mother killed the Luna of Sulfur pack. This is why everyone hates her.

But Denny, the future Alpha, his Beta Jude, and their friend, Joey, are always there for her. However, the pack thought Clover was manipulating them, especially Denny, for making her the pack’s Delta.

Denny’s birthday is the day of many revelations. It turns out he and Clover are fated mates, but they both agree to reject each other. He has Andrea, and Clover knows the pack will not accept her.

In Oh for Mates Sake, Clover overheard the truth of her becoming the Delta from Denny’s lips. It’s to move her to the packhouse where they could closely watch her. They need to gain her trust.

At night, Taylor told her Jude was at the riverside border after smelling the scent of other wolves. Clover went to the river only to learn Taylor was lying. Taylor is the villain, anyway. She’s been picking on Clover from the start.

Luckily for the main heroine of Oh for Mates Sake, she’s well-trained as the Delta, so she knows how to fight.

The exciting scene doesn’t end there. On the next day in Oh for Mates Sake, she learns the truth about her, where she’s from, and the possible power she holds.

But she still has nowhere to go. And the Alpha suggests she comes to the gathering to find a better pack that will completely accept her.

What kind of characters JM Snap created in Oh for Mates Sake this time? Get to know them on this part.

Clover Basket, a Delta in Oh for Mates Sake who works her way up to get the position, but Sulfur pack refuses to believe she has the ability. She grew up in isolation as a kid. Beaten, starved, bullied, insulted. She had to undergo all the training and be perfect for the Delta position.

Her wolf is named Sheena, but after everything that happened in the packhouse and the revelation of their true identity, Sheena hides and becomes dormant.

Clover’s origin was unknown at the beginning of Oh for Mates Sake. She doesn’t even know her birthday. But on Denny’s 20th birthday, we learned she’s the daughter of the Ominous Chaos pack and the Alpha’s daughter at that. Plus, her pack is the strongest Northern pack ever, which is why everyone is wary of her.

And what is more thrilling, Clover is a hybrid Sheya, a rare supernatural species that has the power to communicate through telepathy and manipulation.

Denny is the future Alpha of the Sulfur Pack in Oh for Mates Sake. He’s been waiting to turn twenty to make her girlfriend, Andrea, the pack’s Luna. But there’s been going some delays.

First, on his birthday, he found out Clover was his mate. She has a good relationship with Denny. He picked her to be the Delta—insisted so he could look over her. It used to be his father’s order that Denny takes to heart, and now he sees Clover as his sister—or so he thought.

Second, his father doesn’t want Andrea for his son because he’s been seeing Andrea’s mother.

Denny is caring and sweet to Clover but has a bit of a controlling personality, especially when Conrad—or Sion, Clover’s first everything comes into the picture.

If you want a werewolf romance with a love triangle and a strong female lead, JM Snap, make sure you’ll have it in her book, Oh for Mates Sake. Don’t miss out!

Part 3. Meet the Author of Oh For Mates Sake

JM Snap, author of Oh for Mates Sake is a great author who began her writing career in Dreame. Her Doctor Series is a hit among readers, especially those who love the thrill of reading werewolf romance. Her writing is smart and very creative.

Her other Doctor Series, in order, are Dr. Luna, The Fairy’s Forbidden Mate, Demon War: Rise of the Alpha, The Vampires’ Promised Bride, and Taming Her Beastly Mate. And Oh for Mates Sake is a spin-off from the series.

Oh for Mates Sake is highly recommended not for readers of paranormal romance but also for those who love thrill, mystery, and suspense in their sexy read. You could never go wrong with Oh for Mates Sakes, with the bonus that it’s perfectly well-written!

Oh, for Mates Sake is a great read for when you want to escape for a little while into an alternate universe—one where werewolves can be your best friends. Overall, Oh for Mates Sakes deserves a 5/5 star.