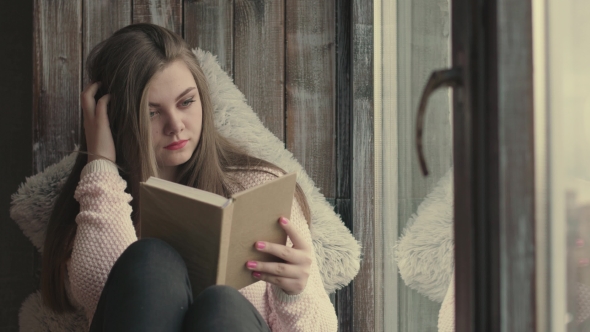 Are you looking for a book that will excite you yet make you want to pound on the table? If you are, His Redemption by Quirky Quinn is the right choice for you.

This book stood out from the crowd for its unique plot and compelling main characters. It’s a tale of love, adventure, perseverance, and grit. So, get some popcorn (and maybe some tissue) to get yourself set up for this quick walk-through of Quirky Quinn His Redemption novel.

Main Story Line of His Redemption

His Redemption tells the story of Azalea and Liam. They are both werewolves destined to be mates. Azalea is the daughter of traitors. She grew up being terrorized by the members of her pack.

When Liam, the son of the pack’s Alpha, turns 17, he discovers Azalea is his mate. But Liam rejects her and sent her away because he thinks it is a huge mistake. Azalea and Liam meet again after three years. They had intense conflicts, which lead to more conflicts. Liam then realized that he has to right the wrongs done by those around him. As he tries to figure this out, the feelings he has for Azalea goes stronger.

The bond mate between them became more intense. Somehow, Azalea knows this, too. What will they do about it? Will Liam make it right in Azalea’s eyes? How can Azalea go past the mistreatment she received before and after being Liam’s mate?

About Quirky Quinn the Author

Quirky Quinn has been writing for quite some time. In a sense, writing was Quinn’s on-and-off hobby. She was born and grew up in the Northern United States, but transferred south over a decade ago with her high school sweetheart.

Quinn has children and a couple of cats. In 2020, Quinn decided to pursue her passion and started writing for Dreame. At the start of 2021, Quinn’s first story got monetized by the platform. In June of the same year, Quinn got a contract to exclusively write for Dreame. Before becoming a writer, Quinn was in asset management. Her previous job is a far cry from being an author, but she worked through it.

Quinn loves reading so much that her wallet cannot keep up. Her shelves are overflowing with books and her favorite dates are those done at the aisles of Barnes and Noble. She likes fantasy and romance but is willing to give any genre a try. Aside from her deep love of books, Quinn also enjoys anime, baking, camping, and spending time with her dear family.

The Main Characters of His Redemption

The main characters of His Redemption are Azalea and Liam. Azalea is a girl who lives in a pack house. She is mistreated there, so months before graduating from high school, she dreams of getting a job and moving out.

Azalea wanted to be closer to the human side of the territory, in hopes of having a new life. She claims that she cannot blame the other werewolves for mistreating her. Azalea knows that her father is a traitor. He did help to overthrow Alpha Robert. On the other hand, Liam is the son of the Alpha. He was about to turn 17 at the beginning of the His Redemption book. He is so excited to find his mate because that means will become the new Alpha.

Liam is one of the werewolves who’s mistreating Azalea. For him, she is just a tiny traitor girl. Little did Liam know that Azalea is destined to be his mate. Upon knowing this, Liam was furious. He then rejects Azalea and sends her away, believing that everything is a mistake.

Here are the five most attractive parts of Quirky Quinn His Redemption:

While His Redemption Quirky Quinn read online free, you have to see for yourself what other people say about it.

Here’s what readers are saying about His Redemption: “Am[a]zing story. [I] wish it was written in a traditional book rather than the pay per chapter serial app [,] but [it’s] worth the money.” ― Sarah

“The story got me from the get-go. I stopped reading another book (which I do not do) because I started this blurb on Facebook. [I] had to download the app and pay to get the rest of the book. The story was actually really good.” ― Brooke

“I love this story. Azalea was rejected by her chosen mate before she knew that it was her mate since he was older than her… Liam and her [she] had major struggles through there [their] reconnection…I can’t wait for the completion [o]f [the] book 2. This books [book] has suspense, love, [and] forgiveness.” ― Crystal

Where to Get His Redemption